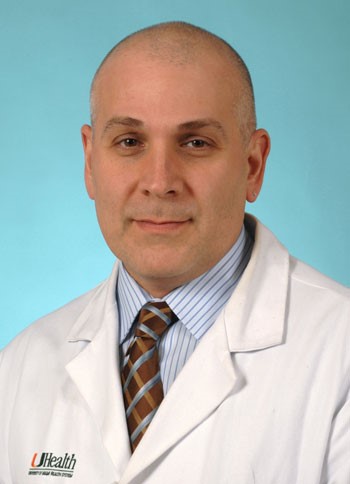 On University of Miami Miller School of Medicine Week: Misdiagnosis is a common problem that can cause havoc for patients.

James Galvin, professor of neurology, delves into how to stop this for one disease.

James Galvin, M.D., M.P.H., has over 25 years as a clinician-scientist specializing in brain health, cognitive aging, Alzheimer’s disease, Lewy body dementia, and related disorders. He has authored more than 300 papers, edited three books, and written 25 book chapters. He has been awarded over $100 million in grants from the NIH, Alzheimer’s Association, Michael J Fox Foundation, Departments of Health in New York and Florida, and numerous family and private foundations.

Lewy body dementia (LBD) may seem obscure, but there are 1.4 million Americans suffering from this disease, making it the second most common form of dementia. To complicate matters, LBD can share symptoms with Alzheimer’s, Parkinson’s, schizophrenia, and other psychiatric conditions, making it challenging to diagnose.

After interviewing nearly 1,000 families, we found that the average patient had to see more than three physicians on multiple visits, over the average duration of 18 months, before they finally received a diagnosis. An incorrect first diagnosis was given around 75% of the time.

To remedy this and reduce misdiagnoses, we now direct clinicians to an LBD diagnostic module, which more precisely delineates the symptoms associated with it and gives providers and researchers better tools to identify the disease.

This resource is important because misdiagnosis is a common problem that can have tragic consequences. In addition to not receiving the best treatments, misdiagnosed LBD patients can have severe reactions to incorrect medications, including death. In addition, LBD patients must often go through multiple rounds of diagnostic testing to find the truth about their condition.

Previous diagnostic approaches lacked the granularity to make differential diagnoses between LBD, Alzheimer’s, Parkinson’s, and other diseases. We believe this new module will provide the necessary information to delineate these very different conditions and drive more rapid and precise diagnoses.