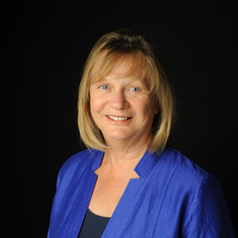 Having vague goals makes them even harder to reach.

Joanne Dickson, associate professor of psychology at Edith Cowan University, determines how to stay on track.

Joanne M. Dickson is an Associate Professor in the Division of Psychology, School of Arts & Humanities, at Edith Cowan University (ECU), Australia. Her main research focuses on mental health and wellbeing, particularly from a goal-motivational, prospective cognition and affect perspective.

Have you stuck to your New Year resolution this year? If not, join the club. Despite our best intentions most of us have given up by now. Recent research conducted with colleagues investigated whether personal goal processes promote mental wellbeing and sticking to one’s most important New Year resolution.

We may give up our resolutions because we are too vague when we set them. Setting specific resolutions including features such as time and place, provide mental cues to assist resolution pursuit. For example, “to go for a 30-minute beach walk with my friend every Monday and Wednesday morning” vs “to get fit.” Also, linking one’s new year resolution to more meaningful values, is likely to assist.

For example, the resolution to lose five kilos will more likely endure in the face of setbacks, if it’s linked to higher personal values, such as beliefs about one’s health or appearance. Importantly, we found the ability to flexibly adapt one’s resolutions in response to changing situations is associated with promoting one’s wellbeing.