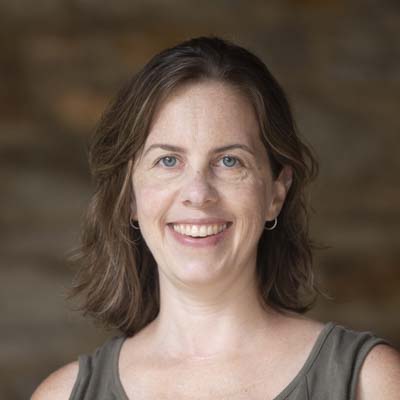 The eyes of fish could help us see the light again.

After receiving her bachelor’s degree at Brown University, Dr. Lenkowski taught in China then worked as a research technician at Tufts Medical School before returning to graduate school. She completed her doctorate in biology in 2010 at Tufts University Graduate School of Arts and Sciences. Prior to her arrival at Goucher in 2013, she completed post-doctoral research at the University of Michigan exploring how the vertebrate retina regenerates using zebrafish as a model organism. At Goucher College, Dr. Lenkowski’s research focuses on the TGFβ signaling pathway and its potential role in the regulation of neural development and regeneration in zebrafish. All of the research is done collaboratively with undergraduate students. The research described here is funded by a grant from the National Eye Institute to Dr. Lenkowski and endowed funds from Goucher College. She also teaches several courses in the biology and biochemistry and molecular biology programs that include introductory biology, cell biology, development biology, and neurobiology.

What Human Medicine Can Learn From Fish Eyes

My research focuses on the zebrafish eye, specifically on how the retina develops and how it regenerates. The retina is the nervous system tissue at the back of your eye that detects light and transmits information to your brain to form an image. I look at retina regeneration by exposing fish to a bright light that kills the neurons in their eyes that detect light — these cells are called photoreceptors. This is the equivalent of us staring at the sun, which you should never do. Many people have heard of neurons, but there are other critical cells in your nervous system called glia which protect the neurons. The glial cells in the fish eye respond to the damage from the light, behave like stem-cells, and are able to regenerate the destroyed photoreceptors to restore vision for the fish. Humans have the same glial cells in our nervous system, but in response to damage they do not act like stem cells and usually make a scar, which in the eye can lead to blindness. That’s why you shouldn’t stare at the sun – you can’t regenerate photoreceptors if they’re destroyed like fish can. I’m particularly interested in the role of conserved molecular pathways in regulating the proliferation of cells during regeneration. One of many ways cells talk to each other in the fish eye during regeneration is called TGFbeta signaling, which is a message sent by one cell that can be received by a neighboring cell. In the nervous system, if there’s too much of this TGFbeta conversation happening, you get less regeneration. My team is looking further into whether the pathway regulates the glial cell itself or the daughter cells it makes in response to the light injury to the fish eye. The hope is that as we study how TGFbeta signaling and other molecular pathways regulate retina regeneration in fish, that this information can be used to inform medical discovery aimed at promoting regeneration in the human eye and nervous system.

The post Jenny Lenkowski, Goucher College – What Human Medicine Can Learn From Fish Eyes appeared first on The Academic Minute.