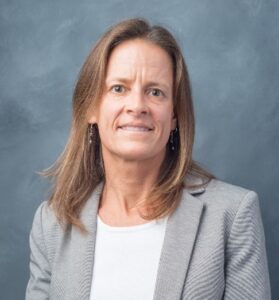 Protests have dominated the news lately.

Teresa Wright is a professor of Political Science at California State University, Long Beach. Her research focuses on state-society relations, protest and dissent, and the relationship among capitalism, democracy and authoritarianism—particularly in China and Taiwan. Along with four solo-authored books and one solo-edited volume, her published work includes journal articles in Comparative Politics, Economy and Society, The Journal of International Affairs, Communist and Post-Communist Studies, The China Quarterly, China: An International Journal, Church and State, and Asian Survey; and numerous chapters in edited volumes. From 2012-2022 she has served on the Editorial Board of the China Quarterly.

Recent protests in China have captured massive media attention–unlike the tens of thousands of other protests that happen in China each year.

Though one might not think so given the headlines, protests happen in China much more frequently than in liberal democracies such as the United States. Contrary to what many outsiders assume, Chinese citizens are quite active and outspoken in articulating their grievances and expect government support.

They typically begin by registering their complaints with official “letters and visits” (xinfang) offices—a formal, institutionalized part of China’s political system from the Maoist era through the present. These offices are supposed to accept and address all citizen petitions. When, as is often the case, petitioners are not satisfied with the response, they move to xinfang offices at higher levels—even traveling to Beijing to pressure central authorities. When the problem affects a group of people and petitions are stymied, citizens often take to the streets. Common complaints have to do with inadequate compensation for rural land requisitions, wage arrears, and environmental degradation.

The anti-lockdown protests of recent days have been different: citizens have gone straight to the streets without first submitting petitions; the protests have appeared in cities across China and focus on national leaders and government policies; and citizens have voiced pointed political dissent—including calls for top leader Xi Jinping and the Chinese Communist Party to step down.

So far, the government response has been typical of recent decades: little official media coverage or acknowledgement by central political leaders; efforts by local authorities to identify and punish protest leaders while treating regular participants as well-meaning and non-threatening; and moves to at least partially address protestor grievances. Whether this response will stem further protests of this nature remains to be seen.