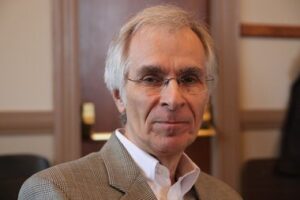 On November 21, 2022 following a run of botched lethal injections, Alabama Gov. Kay Ivey announced a pause in her state’s use of capital punishment. But it turns out that Alabama’s execution difficulties are not unique.

In states across the country, lethal injections have been more frequently botched than any other execution method.

When lethal injection was first adopted in Oklahoma in 1977, proponents declared that executions using this method could be accomplished with “no struggle, no stench, no pain.”

But right from the start, administering lethal injections proved to be difficult to get right.

Of the 1,054 lethal injection executions carried out from 1982 to 2010 using lethal injection more than 7% were botched. Since then, things have only gotten worse. As states have experimented in the hope of finding reliable drugs for their executions, botched executions have occurred as much as 20% of the time.

During some of those executions, inmates have cried out in pain. In others, like those in Alabama, inmates were tortured for hours as executioners tried to insert an IV.

Alabama now joins Ohio and Tennessee which also have paused executions and launched investigations after lethal injection failures. And lethal injection’s continuing problems also have contributed to the decision of 11 states to abolish the death penalty since 2007.

In the end, what has happened recently in Alabama exemplifies what Supreme Court Justice Sonya Sotomayor once called “cruel irony that the method [of execution] that appears most humane may turn out to be our most cruel experiment yet.”