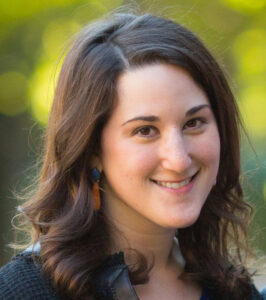 Do people exaggerate the presence of certain groups that are seen as threatening?

Jacqueline Rifkin is an Assistant Professor of Marketing at Cornell University. Jacqueline earned her Ph.D. in Business Administration in the area of marketing at Duke University and her Bachelor of Arts in Psychology at the University of Pennsylvania. Jacqueline is interested in consumer psychology and consumer well-being. Her research has been published in Journal of Consumer Research, Journal of Marketing, Psychological Science, and Journal of the Association for Consumer Research, and has been featured in popular press outlets including Wall Street Journal, CNN Health, The Boston Globe, NPR, Der Spiegel, and Swedish Public Radio.

A few years ago, I was at a conference and over-heard someone refer to Tulane University as “Jew-lane.” I brought it up with my co-author Rebecca, who had a similar observation.

My hometown, Decatur, Georgia, has an offensive nickname involving a homophobic slur…you can figure that one out on your own.

These labels are not only disrespectful … they are also wrong. Neither of these places are even close to being majority Jewish or gay. So, where do these perceptions come from?

In six studies, we found that, people often exaggerate the presence of certain groups – like ethnic and sexual minorities – just because they hold beliefs and worldviews that could threaten the status quo.Unlike with non-threatening groups, people tend to think threatening groups are more “pervasive” in a space, and even somehow linked to that space…kind of like the Jewlane example.

We know that humans have evolved to exaggerate potential threats in their environments. When you’re camping, it’s safer to incorrectly assume a shadow is a big bear than it is to incorrectly assume the shadow is harmless. These exaggerations make sense in the face of danger, but we’ve found that people make the same snap judgements when they see groups that just think and live differently. Unfortunately, the exaggeration of minority groups has been in the spotlight recently, with conservative figures peddling the bigoted “great replacement theory” which has even motivated recent hate crimes.

That being said, we recognize that it’s easy, and sometimes even helpful, to jump to conclusions. But categorizing places based on the people within them can have serious ramifications if left unchecked.