Steven Walkley, Albert Einstein College of Medicine – Rare Disease: When The Diagnoses Is Not The Answer

How do we go beyond the diagnosis to help families cope? 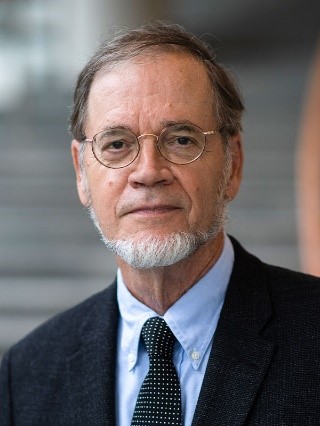 Today on The Academic Minute: Steven Walkley, professor of neuroscience, pathology and neurology at the Albert Einstein College of Medicine, looks into one way to assist.

Dr. Walkley has focused his career on the study of rare genetic brain diseases. Most notably these have involved so-called “storage” diseases like Tay-Sachs, Salla, and Niemann-Pick disorders caused by inherited defects in the recycling (lysosomal) system of cells. This interest began during his early training in veterinary and comparative medicine and with the identification and development of these diseases in domesticated and laboratory animals. Educated at universities in his native state of Alabama, Dr. Walkley also carried out postgraduate studies at Auckland University in New Zealand, the University of Edinburgh in Scotland, and the Albert Einstein College of Medicine in New York. Dr. Walkley joined the faculty of the Albert Einstein College of Medicine in 1982 and today is professor in the Departments of Neuroscience, Pathology and Neurology and Director of the Sidney Weisner Laboratory of Genetic Neurological Disease. In 2010 he was named Director of the Rose F. Kennedy Intellectual and Developmental Disabilities Research Center at Einstein

Dr. Walkley’s research combines skills in veterinary and comparative medicine and in neuropathology and cellular neuroscience to address key issues in the study of pathogenic cascades in lysosomal diseases affecting the brain. Dr. Walkley’s laboratory is also focused on developing treatment strategies for lysosomal diseases, including cell-mediated approaches as well as substrate reduction therapy. His lab spearheaded research on the use of bone marrow transplantation for the treatment of alpha-mannosidosis, as well as miglustat and hydroxypropyl beta-cyclodextrin for treatment of Niemann-Pick type C disease. He has published more than 100 papers in peer reviewed journals as well as numerous book chapters and reviews. In 2010, Dr. Walkley was a co-founder of the highly successful Gordon Research Conference series on Lysosomal Disease. Recent awards include the Roscoe O. Brady Award for Innovation and Accomplishment in the Field of Lysosomal Diseases from the Lysosomal Disease Network, the Saul R. Korey Award in Translational Science and Medicine from the Albert Einstein College of Medicine, and the Champion of Hope for Collaborations in Science and Technology award from Global Genes, as shared with fellow SOAR-NPC investigators and parent supporters.

Dr. Walkley serves on the scientific advisory boards of numerous rare genetic disease groups – the National MPS Society, the International Society for Mannosidosis and Related Disorders (ISMRD), and the National Tay-Sachs and Allied Diseases (NTSAD) foundation. He is also the Scientific Advisor for Dana’s Angel’s Research Trust (DART), the Hide and Seek Foundation for Lysosomal Disease Research, and the Salla Treatment and Research (STAR) Foundation. 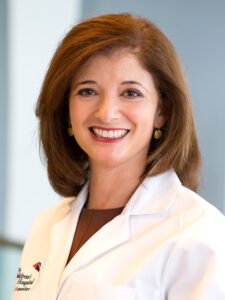 Melissa Dr. Wasserstein is the Chief of the Division of Pediatric Genetic Medicine at the Children’s Hospital at Montefiore and Professor of Pediatric and Genetics at the Albert Einstein College of Medicine. A board-certified biochemical geneticist and pediatrician, Dr. Wasserstein’s research activities focus on expanding and enhancing newborn screening to optimize the outcome of infants with rare disorders. She is the Principal Investigator of the ScreenPlus, a multi-disorder, multi-tiered, consented pilot newborn screening program that includes an exploration of the ethical issues associated with newborn screening for complex conditions. She is an expert in the natural history of acid sphingomyelinase deficiency and her work developed a strong clinical foundation for the development of ongoing clinical trials of olipudase alfa for individuals with ASMD. She is also an MPI on NYCKidSeq, a multi-site project in the CSER Consortium evaluating the implementation of genomic medicine in diverse populations. In addition, Dr. Wasserstein is the Associate Director of the Rose F. Kennedy Intellectual and Developmental Disabilities Research Center’s Human Phenotyping Core.

Rare Disease: When The Diagnoses Is Not The Answer

The National Institutes of Health have estimated that there are 7000 rare diseases – most of which are genetic, affect children and lack treatments. Importantly, modern genetic testing is revolutionizing their diagnosis – providing in only days the identity of a causative gene variant.

All too frequently though, the diagnosis comes as only a gene name, like KDM5C, and little else is known – including how the gene variant causes disease or how many individuals are affected.

Medical geneticists delivering this news to their patients often find themselves hard-pressed to provide meaningful guidance. For the families this is frustrating and confusing.

We are addressing this dilemma by building “Gene Teams”. These consist of the child’s parents and their physician, along with scientists knowledgeable about the gene.

The team meets and the child’s physician outlines what is known about the clinical condition, followed by the parents sharing their child’s story. The scientists and their trainees then provide a lay tutorial about the gene and its role in cells and the disease.

We have found these tutorials to be empowering. Families gain greater knowledge of their child’s condition and an understanding that they are not alone. Some have gone on to create foundations for their disease.

Scientists and their trainees are also transformed, inspired by the reality that their research matters – not just for advancing knowledge but also for helping the families. They often expand their research and incorporate the child’s variant in their studies.

So what begins as a simple tutorial ends with empowerment and hope for the families and research advances by the scientists, for the good of all.

The post Steven Walkley, Albert Einstein College of Medicine – Rare Disease: When The Diagnoses Is Not The Answer appeared first on The Academic Minute.