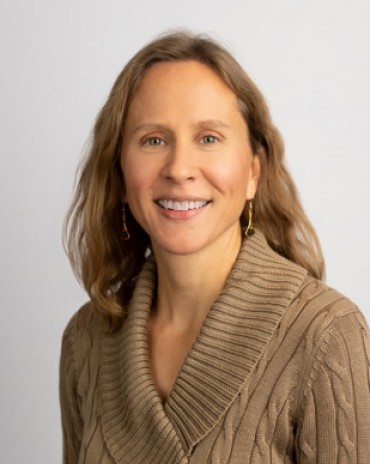 The COVID-19 pandemic isn’t the first one we’ve faced, so what can we learn from the past?

Amanda McKinney, assistant professor of health sciences at Doane University, looks back to find out.

Amanda E. McKinney, MD, CPE, FACLM, FACOG: Dr. McKinney is the Executive Director of Doane University’s Institute for Human and Planetary Health (IHPH). She obtained her medical degree from the University of Nebraska Medical Center. She completed her residency and fellowship training at the University of California-Irvine. She holds the titles of Associate Dean of Health Sciences and Executive Director for Doane University’s Institute for Human and Planetary Health. Dr. McKinney has extensively practiced medicine in clinical settings; she holds Board Certifications in Obstetrics and Gynecology, Female Pelvic Medicine and Reconstructive Surgery and Lifestyle Medicine and possesses training in herbal and cannabis medicine.

She has previously served as the Physician’s Governing Board Chair, Chair of the Peer Review Committee and Director of Lifestyle Medicine while a physician at Beatrice Community Hospital in Beatrice, Nebraska. She has served on the Board of Directors of the American College of Lifestyle Medicine and currently serves on the Board of Directors for the Center for Rural Affairs. Dr. McKinney has given over twenty-five invited presentations, at times as a keynote or plenary speaker, in the United States and overseas. She has published articles in, among other publications, The Lancet Planetary Health, The American Journal of Lifestyle Medicine and the American Journal of Obstetrics and Gynecology. She was also featured, along with Samuel L. Jackson, James Cameron and others, in the 2016 documentary film Eating You Alive. In 2021, she appeared in a second documentary film, PlantWise.

Combining analysis of the writings of ancient Saints with that of data from 21st Century orbiting satellites, we built on Dr. Kyle Harper’s groundbreaking implication of a filovirus to identify the deadly Marburg (MARV) evolutionary lineage as the probable disease agent of the 3rd Century Plague of Cyprian. Even through veils of time and erroneous Greco-Roman medical concepts, ancient evidence matches the pathology and epidemiology of MARV strikingly. Roman institutions–Baths, the medical system and complex funerary rites– would have amplified MARV’s biological infectiousness value (R0) on an industrial scale. The epidemiological overlay of modern medical “red flags” and urban Roman practices is shockingly precise. A 3rd Century outbreak of a MARV lineage virus would not have resembled the rapidly contained 2021 MARV outbreak in Guinea. Similarly, deployment of highly-effective vaccines during the ongoing Covid-19 pandemic would have been beyond the comprehension of Romans.

Yet, we saw inescapable parallels between ancient and modern epochs. The Plague of Cyprian contributed to Rome’s multifaceted Third Century Crisis; Covid-19 has further destabilized the 21st Century world. The Roman medical system was inadequate against both a deadly and unfamiliar plague and the annual burden of familiar/less deadly infectious diseases. Modern medicine has, contrastingly, performed heroically against the novel coronavirus. Yet, medical science has failed to address our analogous underlying burden of chronic disease (…the ““comorbidities”) with which Covid has, sotragically, interacted. Many of our modern practices, regarding lifestyle and dietary choices, are thus implicated in the current pandemic in ways that are ominously familiar. We ignore such lessons, in the face of the ongoing threat of deadly and destabilizing pathogens, at our peril.