Brittany Morey, University of California, Irvine– The Central Role of Social Support in the Health of Chinese and Korean American Immigrants 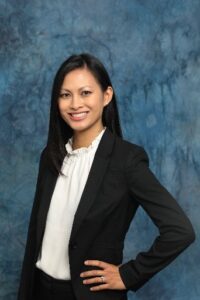 On University of California, Irvine Week: Immigrants can thrive with a strong support network.

Brittany N. Morey, PhD, MPH, is an Assistant Professor of Public Health at University of California, Irvine. Dr. Morey’s research focuses on how structural inequity shapes racial and ethnic health inequities. Much of this work focuses on how neighborhood social and physical environments contribute to health disparities, especially for Asian Americans and Pacific Islanders. Her work also studies how U.S. immigration policies and anti-immigrant sentiments contribute to health disparities among broad populations of color. Overall, the goal of her research is to understand how society creates health inequities along the lines of race, ethnicity, nativity, and immigration status. With this understanding, we can create better policies and programs to address and undo the patterns of poor health we see today. Currently, Dr. Morey is a co-investigator on several grants funded by the National Institutes of Health. Together with collaborator and principal investigator Dr. Sunmin Lee, Dr. Morey is working on research to examine the social determinants of disparities in cancer, sleep, and overall health among Asian Americans. This work is funded by the National Institute on Minority Health and Health Disparities.

There is a solid body of research that has demonstrated the positive effects that a strong social support network can have on an individual’s health and well-being.

However, existing studies are concentrated on White communities and there is a significant gap of research on this topic for Asian Americans.

As a public health researcher, my work focuses on understanding health disparities along the lines of race, ethnicity, nativity, and immigration status.

For myself, along with my UC Irvine colleagues, we wanted to see if the common observation of strong social support equaling happier and healthier people held true for Chinese and Korean Americans. And if so, are there specific factors related to the immigrant experience that affect social support among immigrants from China and Korea?

To start, we sent a survey to 400 Chinese and Korean American immigrants living in the Washington D.C./Baltimore area to determine their level of social support. We also asked them about their perceived health and stress levels.

Like other race groups, we found that for Chinese and Korean American communities, social support positively affects our participants’ self-reported well-being by lowering their levels of stress.

In fact, social support stood out as one of strongest predictors of optimal health.

We also found that social support was highest among Chinese and Korean Americans who identified as more westernized and those who had lower levels of immigration-related stress.

Therefore, if we want to improve social support among Chinese and Korean Americans, we should focus on easing the transitions for immigrants arriving in the U.S.

We hope that this study sets the groundwork for future health interventions, particularly among underserved immigrant groups, which could bolster social support to improve health in the long-term.

The post Brittany Morey, University of California, Irvine– The Central Role of Social Support in the Health of Chinese and Korean American Immigrants appeared first on The Academic Minute.