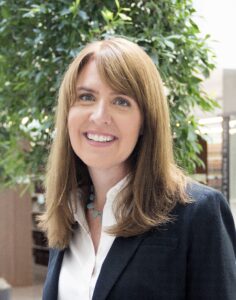 How does the U.S. Supreme Court talk about the press?

RonNell Andersen Jones, professor of law at the University of Utah, takes a look.

Professor RonNell Andersen Jones is an Affiliated Fellow at Yale Law School’s Information Society Project and the Teitelbaum Chair and Professor of Law at the University of Utah S.J. Quinney College of Law. A former newspaper reporter and editor, Professor Jones is a First Amendment scholar who teaches, researches and writes on legal issues affecting the press and on the intersection between media and the courts. Her scholarship addresses issues of press access and transparency and the role of the press as a check on government. She is also a widely cited national expert on reporter’s privilege and newsgathering rights and a regular speaker on emerging areas of social media law and defamation and privacy issues as they affect the media. She is an adviser on the American Law Institute’s Restatement of the Law Third Torts: Defamation and Privacy. Her scholarly work has appeared in numerous books and journals, including Northwestern Law Review, Michigan Law Review, UCLA Law Review, Washington University Law Review, and the Harvard Law Review Forum. She is also a regular public commentator on press freedom issues. Her op-eds have been published in several major news outlets, including CNN and The New York Times, and her research has been quoted in Newsweek, the Washington Post, Vanity Fair, the New York Times, Slate, and other national publications. Professor Jones graduated first in her law school class and clerked for the Honorable William A. Fletcher on the Ninth Circuit Court of Appeals and for Justice Sandra Day O’Connor on the United States Supreme Court. Prior to entering academia, she was an attorney in the Issues & Appeals section of Jones Day, where her work focused on Supreme Court litigation and included major constitutional cases.

The U.S. Supreme Court’s Characterizations of the Press

With new attacks on the press as “the enemy of the people” or “fake news,” scholars and commentators in recent years have tussled with some complicated conversations about the fragile and deteriorating relationship between the press and the government. Yet, while we’ve seen some sophisticated examinations of legislators’ and the President’s depictions of the news media, one branch of government has received almost no scrutiny on this front: the U.S. Supreme Court. This gap in the scholarship is remarkable, given the Court’s role as the very institution entrusted with safeguarding the rights of the press. Our large-scale empirical project tries to fill that gap.

The results of our study reveal troubling trends at the Court. We find that there has been a stark deterioration in both the quantity and quality of the Court’s depictions of the press across a variety of measures. The Justices are now less likely to talk about the press than they were in the past, and, when they do, it is more often in a negative light. At this crucial moment, when we have seen the risks to democracy that accompany executive and legislative branch attacks on the press, our study finds that the U.S. Supreme Court is not pushing back.

The post RonNell Anderson Jones, University of Utah – The U.S. Supreme Court’s Characterizations of the Press appeared first on The Academic Minute.