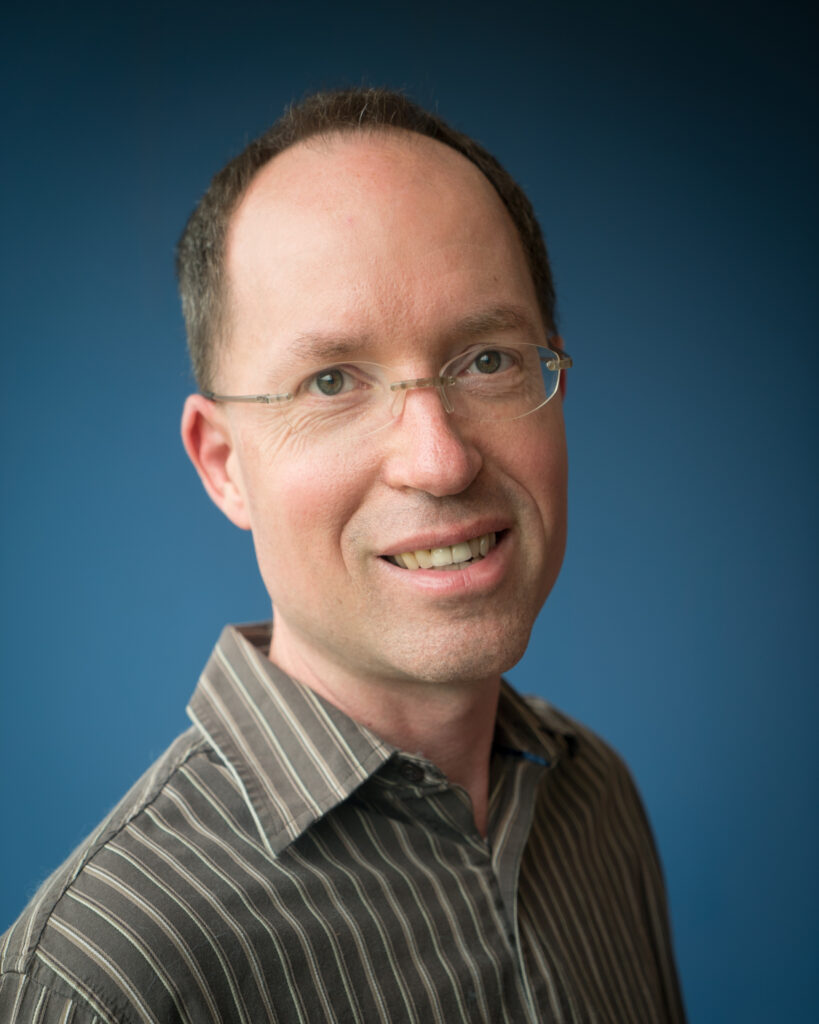 In the future, CERN might be able to fit on your table.

Rodney Yoder is Associate Professor of Physics at Goucher College, where he teaches classes ranging from introductory courses for nonscientists to advanced physics labs, and is also the coordinator of a new interdisciplinary major in Engineering Science. He received his B.A. from Reed College, earned his Ph.D. in experimental accelerator physics from Yale University, and was a postdoctoral fellow at the University of California, Los Angeles. As a science faculty member at liberal-arts colleges for more than 20 years, he is committed to developing effective teaching methods and hands-on science courses while pursuing research that is accessible to undergraduates. He particularly values introducing his students to the excitement of experimental research and innovation.

Dr. Yoder’s research area is the physics of particle beams and their interaction with fields, with a primary interest in novel tabletop acceleration methods and measurement techniques. His current project, which is supported by a research grant from the National Science Foundation, investigates uses of pyroelectric fields for electron emission and high-gradient acceleration.

The most famous particle accelerators are huge facilities, many miles long, that have enabled fundamental physics discoveries. They work by imparting very high speeds, and therefore high energies, to protons or electrons, using strong electric fields; the particles’ energy is what makes experiments possible. But room-sized accelerators, producing electrons that are a million times less energetic, are actually far more common—they’re used in health care, industry, and defense, for applications like radiation therapy and x-ray scanning. If electron accelerators could be made ultra-small, like a breadbox or even a computer chip, wider applications and uses could become possible at much lower cost—much like computers evolved from massive research installations fifty years ago to laptops and tablets today.

In my current research project, I show how an unusual kind of material, glassy oxide compounds called pyroelectric crystals, can provide the necessary electric fields to produce and accelerate electrons to more than half of the speed of light in a few centimeters. Pyroelectrics have the unusual property that when one heats or cools them, they become electrically polarized, which means that they produce very large electric fields at their surfaces. The result is that a carefully chosen arrangement of crystals and heaters is all that is needed to create a small and simple, yet useful, accelerator. We can place a sharply tipped metal needle near or within these materials to produce a pinpoint electron beam, and use a series of crystals in a row to further increase the electrons’ energy.

In the future, these miniature accelerators could form a component of a smaller and more efficient research accelerator, or lead to innovative technologies like handheld radiation sources.