Phong Le, Goucher College – The Impact of the Pandemic on Traffic 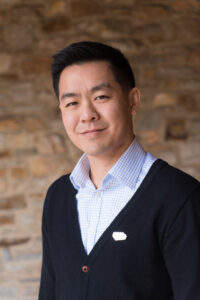 The pandemic eased traffic, but for how long?

Phong Le, associate professor of data, mathematical, and computational sciences at Goucher College, details an ongoing debate about how to calm traffic in cities.

Phong Le is an Associate Professor in the Center for Data, Mathematical and Computational Sciences at Goucher College. He also attended Goucher as an undergraduate, studying mathematics and minoring in music. He received his M.A. and Ph.D. from the University of California, Irvine. Prior to returning to Goucher he was faculty at Niagara University in Niagara Falls, New York. There he co-advised the statistics program. His professional interests range widely from algebraic number theory, cryptography, error-correcting codes, statistics and data science.

In 2019 He traveled to Rwanda and Mauritius on a Fulbright-Hays group project abroad, studying public data practices and tech innovation. He serves as the Faculty coordinator in the office of Community-Based Learning. In Baltimore, he engages in a wide variety of data-driven community engagement ranging from health access, fair housing, food accessibility and developing better paper routes for a community newsletter in his neighborhood. As often as is possible, he brings these experiences into his classroom as stories and daily lessons on how data can empower a community and reflect upon existing narratives within a community. Phong is also founder and co-director of the Goucher Makerspace where students learn about rapid prototyping, design and manufacturing.

The Impact of the Pandemic on Traffic

Just prior to start of the pandemic I planned to study speed camera and traffic flow data to help make decisions about new camera placement in my local city. Instead, I worked with the transportation department to study the pandemic through our relationship with cars. We examined city wide crash data, speeding camera data and 311 parking complaints. As expected, the pandemic initially brought a steep decline in overall collisions. There were 43% fewer crashes in April of 2020 compared to April of 2019. However as the pandemic persisted, crashes increased to pre-pandemic levels. In fact, from June to December of 2020 there was only a 0.3% decline in crashes compared to the same period in 2019. Overall 2020 had 8% fewer crashes than the previous year. Crashes were concentrated on arterial corridors and near public outdoor areas such as retail, parks and playgrounds. In some intersections the risk of injury as a pedestrian or cyclist nearly doubled.

Our work is part of an ongoing conversation among elected leaders, city department heads, and local transit safety advocacy groups. This led to increased traffic calming measures, such as slow streets plans, which we hope will promote safe social distancing for people on foot, bike, or car. These plans are currently being implemented around the city. We have now turned our focus to studying those implementations and their effects. Our hope is to elevate public conversations about our shared spaces and how to best make thems safe for all who use them.

The post Phong Le, Goucher College – The Impact of the Pandemic on Traffic appeared first on The Academic Minute.