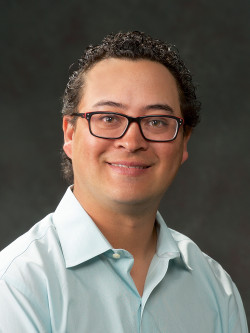 When will the diversity of political leaders catch up with the rest of the country?

Philip’s work has appeared in numerous journals in political science and psychology, including Political Behavior, American Politics Research, Personality and Individual Differences, and Political Research Quarterly. His work concerns the role of social identity in U.S. politics through the lens of political psychology, with a particular focus on how political communication alters the effects of race and gender on political behavior and public opinion.

Philip is a frequent guest on Wisconsin Public Radio and Minnesota Public Radio. Prior to entering academia, he worked for the Minnesota State Legislature. He teaches courses on U.S. politics, race and ethnicity, political psychology, and research methodology.

The demographics of the United States are changing rapidly. While whites made up nearly ninety percent of the population in the 1950s, they make up only about sixty percent today. In spite of these demographic trends, political representation remains predominantly white and male. While Congress is more diverse than at any point in history, only twenty-two percent of our members of Congress are racial or ethnic minorities. Even more striking, women make up only twenty-four percent of Congress.

Descriptive representation, that is, seeing people who share your identities in politics, is an incredibly powerful force, driving the legitimacy of our political institutions. Increasing the diversity of our representatives helps increase political trust, especially among citizens who have traditionally been excluded from politics. Yet women, along with racial and ethnic minorities, face unique challenges when seeking political power.

My research demonstrates that racial, ethnic, and gender identities play a critical role in how people participate in American politics. Specifically, I study how the identities of political leaders affects support for politicians, the decisions they make, and the institutions they represent. I consistently find that women and people of color are disadvantaged in politics. Negative racial attitudes and sexism decrease support for the specific politicians, but these beliefs also affect support for decisions made by federal judges, perceptions of judicial bias, trust in our political institutions, and even compliance with COVID-19 public health measures. As our country continues to become more diverse, we must consider how our own beliefs affect our understanding and support for our politicians and institutions.