Nicole Kraft, Ohio State University – Sportswriters Need to ‘Be Better’ When it Comes to Press Conferences 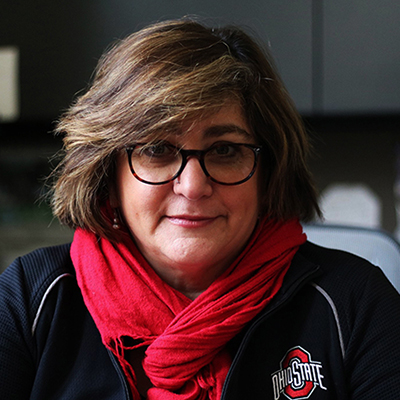 Press conferences after a sports contest are a tough gig for both sides.

Nicole Kraft, associate professor of clinical communication at The Ohio State University, discusses how sports writers can make the best of the situation to get information for the fans.

Dr. Nicole Kraft spent 25 years working as an award-winning journalist, as well as in professional sports and political communication before joining the Ohio State School of Communication in 2010. As an associate professor of clinical communication, she teaches Media Writing and Editing, Sports Journalism, Sports Media Relations, Feature Writing and Media Law and Ethics. Her research focus includes the academic use of mobile technology among student-athletes, mobile technology use in journalism education, and using technology to enhance classroom communication. She is director of Ohio State’s Sports & Society Initiative and works as an Associated Press sportswriter. She was named an Apple Distinguished Educator in 2015.

Sportswriters Need to ‘Be Better’ When it Comes to Press Conferences

Be better tomorrow. That is what LeBron James told reporters after game one of the 2018 NBA finals after he was peppered with questions about the inner workings of his teammate’s mind.

Press conferences often represent this fundamental struggle between athletes and those who cover them. One has insights. The other needs information. But they are conducted in a forum that feels more like a mixed martial arts octagon than Oprah‘s couch and often reporter questions lack the depth or structure to elicit quality answers.

The role of the press conference is to connect the sports figure with the fans who love them. The reporter is provided extraordinary access to be a conduit for information.

But with great access comes great responsibility. We have the responsibility to make sure those questions are insightful and answerable.

I think of every interview like chess. To be successful at chess, you must think multiple moves ahead. To be successful in an interview you must not only think of your question but what will be the response to that question and what will be your follow-up. Ask the question in your head. If it has a little potential to elicit a response that you were seeking, ask a different question or ask it in another way.

May all sports writers aim to “be better.”

The post Nicole Kraft, Ohio State University – Sportswriters Need to ‘Be Better’ When it Comes to Press Conferences appeared first on The Academic Minute.