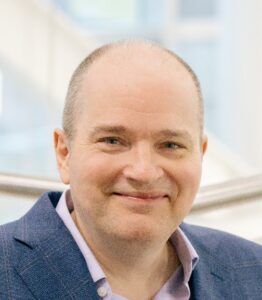 On Carnegie Mellon University Week: A failure in the power grid could have serious consequences.

Larry Pileggi, professor of electrical and computer engineering, has this warning about attacks from Mother Nature and cyberspace.

Larry Pileggi is the Tanoto professor and Head of electrical and computer engineering at Carnegie Mellon University. He has received numerous awards for his research work on design automation and integrated circuits, and more recently for his work on modeling, simulating, and optimizing the electric power grid. He and his students have co-founded several companies, including Pearl Street Technologies that is focused on software tools for planning a reliable, resilient, and sustainable grid. He has published almost 400 conference and journal papers and holds 40 U.S. patents. He is a fellow of IEEE.

Flip a switch and the lights come on. A seemingly endless supply of electric energy. While mankind has only had electric power for 150 years, most of our global society would no longer survive without it.

A reliable power grid is imperative. In a large metropolis, a grid outage is not just an inconvenience; it could have devastating consequences for necessities such clean water to homes.

Our power grid has demonstrated amazing resilience despite two significant threats: weather and cyberattacks. Weather events continually demonstrate the fragility of the grid. A tree falling on a power line during a storm can cause cascading failures miles away. Processes in place to avoid these failure scenarios are simulated with physics-based models.

Every minute of every day, computer simulations evaluate what impact a potential failure could have on the grid. These simulations include contingency analyses that evaluate the most likely combinations of failures due to weather and other natural events.

If a portion of the grid has 7,000 possible points of failure, evaluating all possible combinations of a pair of cascading failures would be 49 million simulations! These are complex physics-based models of the grid that are simulated millions of times to guide actions that must be performed every few minutes. Moving to less carbon-based energy makes the simulations even more daunting, since we now must predict wind and sun conditions too.

But the greatest challenge to the grid is becoming human-based attacks. Since the complex grid requires a communication network that connects grid components with measurement devices, this networking makes the grid vulnerable to cyberattack. While researchers continue to improve modeling and simulation capabilities to protect the grid against threats from mother nature, new models and simulation methods are working to predict and defend against the grid’s other threat: human nature.