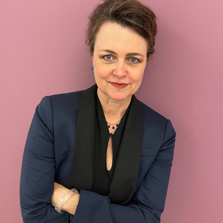 The battle against inequality in our society is ongoing.

Kristin Anderson, professor of psychology at the University of Houston-Downtown, discusses how entitlement plays a part in inequality.

Kristin Anderson is a professor of psychology at the Center for Critical Race Studies at the University of Houston-Downtown. Her newest book, Enraged, Rattled, and Wronged: Entitlement’s Response to Social Progress, was published in June by Oxford University Press.

Privilege produces a set of expectations by the advantaged and these expectations have received less attention. My research examines psychological entitlement as an overlooked but essential feature of persistent inequality. Psychological entitlement refers to one’s sense of deservingness. Early work on entitlement by Brenda Majors and her colleagues found that men compared to women have a greater sense of deservingness—entitlement that is independent of their skills and accomplishments. This inflated sense of entitlement sometimes results in members of dominant groups failing up, as Michelle Obama has put it.

Entitlement plays a crucial role in the resistance to progress toward equality. My question over the last several years has been, what happens to entitled people when they feel pushed aside and replaced? What are they willing to tear down as they scramble to hold onto their relative status and power?

Recent events including the insurrection at the U.S. Capital, hate crimes, and the increase in white supremacist groups make an analysis of the dynamics of entitlement urgently necessary.

The rage of the relatively advantaged that we see now is not new to the present. Backlash comes whenever those on the margins make progress. Resistance to Black progress, women’s liberation, and queer rights, can be viewed through a lens of entitlement. 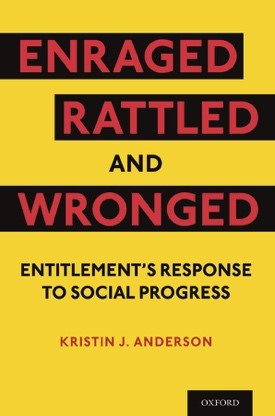