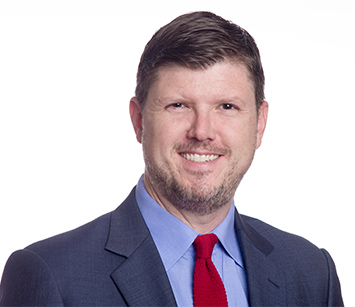 Constructive criticism can be a very good thing.

Kevin Lerner, associate professor of journalism at Marist College, explores how changing from negative to constructive criticism can help the U.S press.

Kevin M. Lerner is an Associate Professor of Journalism at Marist College and edits the Journal of Magazine Media. His research focuses on the intellectual history of journalism; press criticism; and magazines. His book, Provoking the Press: (MORE) Magazine and the Crisis of Confidence in American Journalism was published by the University of Missouri Press in the summer of 2019.

He has judged the National Magazine Awards, the ASME Next Awards, and the Columbia Scholastic Press Awards. He earned his Ph.D. from Rutgers University, a master’s in journalism from Columbia University, and a B.A. in nonfiction writing from the University of Pennsylvania. He was the founding editor of the website for Architectural Record magazine—where he was part of a team that won the National Magazine Award—and has published journalism in The New York Times, The Washington Post, New York magazine, Slate, The Columbia Journalism Review, and The Nieman Lab.

Over the past several years, and maybe even longer, it seems as if every day brings a new round of attacks on the American press.

This kind of criticism – attempting to delegitimize the press – serves to undermine trust in the work that journalists do. But even if these attacks on the press seem prominent now, they are part of a decades long trend.

These bad faith attacks on the press began to rise most recently in the 1960s and 1970s, led by a concerted effort among conservative journalists and critics. Along with efforts to create a conservative counterbalance to the mainstream press, they engaged in attempts to delegitimize legacy news organizations by painting them as irredeemably biased. This strain of bad faith criticism is alive and well today.

Instead of seeking to delegitimize the press, these critics are simultaneously explaining the workings of the press to the public and holding it accountable in its role as the public’s representative and watchdog.

Good faith criticism of the press is based on the premise that a strong independent press, responsive to the information needs of an engaged citizenry, is essential to the functioning of a democratic society. It functions as a kind of loyal opposition, pointing out the blind spots in the media and suggesting ways that it could do better.

Today’s electronic media make this sort of good faith criticism accessible to more people than ever before. But it will be sustainable only if it finds an engaged audience who believe that a robust independent press is essential to democracy, and that the press needs these critics to keep it accountable.