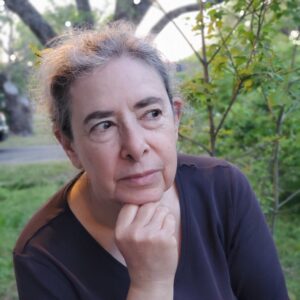 They say chivalry is dead. Is that a good thing?

Jennifer Wollock, professor of English at Texas A&M University, discusses why it may not be.

Jennifer Goodman Wollock, literary historian, daughter of a World War II Navy veteran who served on the Missouri, studies the intrepid men and women of the Middle Ages who reimagined chivalry and courtly love, and first conceived many of today’s ideals of human rights. Her work centers on Chaucer and Sir Thomas Malory, a squire and a knight, combative writers whose military experience shaped their thought, and ours. She is a professor of English at Texas A&M University. Her books include Chivalry and Exploration and Rethinking Chivalry and Courtly Love.

Ramon Llull (1232-1316), great-grandfather of computer science, wished that “Chivalry could be written and read in schools, like as are the other sciences.” It’s happening: we now have scholars of chivalry and clashing schools of thought on the subject. But is chivalry itself evil, as some contend? Is it a glorification of brutality? What does history reveal?

The first step is to get our heads on straight. Chivalry, rightly understood, is a powerful force for good. It was never for everybody. There have always been bad and good knights.

Many knights, including some of the first crusaders, were not chivalrous. They had never heard of such a thing. They had no principles and never got any. Their descendants are still with us.

Chivalry was never for kings. King Arthur, a king from whom his knights could learn chivalry, was an idealized figure, and even he fails in some versions of his story, notably when he kills infants to try to avoid a dire fate, and orders the judicial murder of his own wife. Chivalry was for knights, a code that demands self-control and self-denial, and empowers the warrior to advise and confront aberrant leaders in a way not even imaginable to Germanic heroes.

The Magna Carta — foundation stone of our Bill of Rights — is a product of chivalry. So is romantic love, with its support for love that “must arise from the heart’s self, and not by … constraint.” And many medieval women — and peasants — were chivalrous warriors, judges, and guides, not only victims.

Chivalry is not exclusive to the west, or to Christianity. It has deep roots in many cultures. Its study must be a collaborative project.

Balancing love and war, strength and gentleness, is the chivalric problem. Can computers be programmed to have chivalry? Not without educating the human heart.