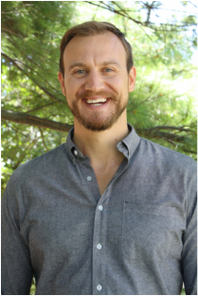 What is the best way to fight poverty?

Heath Henderson is an assistant professor of economics in the College of Business and Public Administration at Drake University. Originally from Rochester, MN, he attended graduate school at American University in Washington, DC where he received a PhD in economics and an MA in international politics. His work has been published in American Journal of Agricultural Economics, World Development, and Journal of Development Studies, among other places.

The Limitations of Cash Payments for Fighting Poverty

Whether in the form of a universal basic income, a conditional cash transfer, or a child tax credit, there is an emerging international consensus that cash payments are the best tool to fight poverty. The idea is simple and seductive, and there is evidence showing that cash can have positive impacts, at least on average. There are nevertheless several reasons why cash is more limited than is often acknowledged.

One often overlooked issue is that it’s surprisingly difficult to identify the poor so that cash can be given to the right people. Numerous studies find that existing methods don’t do a good job, sometimes not much better than choosing beneficiaries at random.

Another issue relates directly to the definition of poverty. Poverty is not just a lack of income, it’s a lack of well-being. Cash then does not directly contribute to a person’s well-being; it instead buys those things that do. This point is important because not all people can easily convert cash into improvements in their well-being. Further, there are some things that matter to well-being that cash simply can’t buy. For example, in developing countries, high-quality education and health care is often not available.

Perhaps the biggest problem with cash programs is that they do little to remedy the structural issues that create poverty in the first place, including discrimination, weak democratic governance, or unfair international trade practices, to name a few. It’s therefore not all that surprising that the evidence shows that cash programs don’t have much of a long-term impact on the poor.

Finally, the idea of a cash consensus misses a broader point: Promoting human development means empowering people to make decisions for themselves, and this includes allowing them to choose the type of assistance that is appropriate for their situation. Cash can, of course, help some people, but there is simply no one-size-fits-all approach to fighting poverty.

The post Heath Henderson, Drake University – The Limitations of Cash Payments for Fighting Poverty appeared first on The Academic Minute.