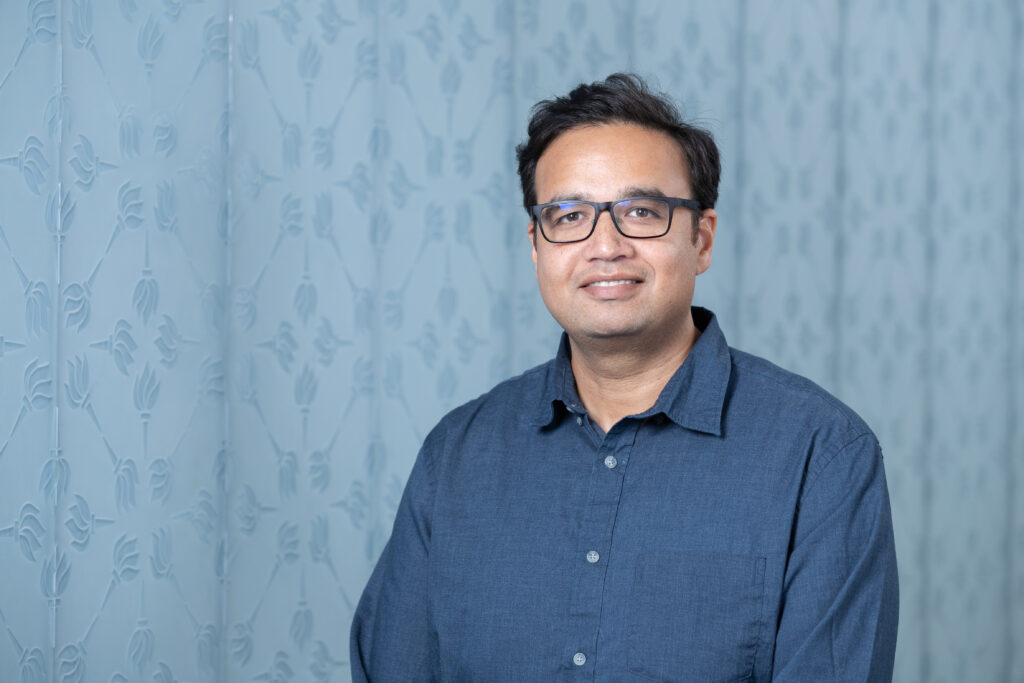 Dimitra Atri, research scientist at the NYU Abu Dhabi Center for Space Science, looks through the telescope to find out.

Dimitra Atri is an Astrophysicist at the NYU Abu Dhabi Center for Space Science where he leads the Mars Research Group along with Prof. K.R. Sreenivasan. The overarching theme of his research is investigating the astrophysical conditions that are responsible for carving out habitable conditions on planets in the Solar system (especially Mars) and beyond (extra-solar planets or exoplanets). Using a combination of space mission data and numerical models, he studies how solar and stellar activity impacts planets around them and their potential to host life. Our planetary neighbor, Mars was very Earth-like in the past with abundant liquid water on its surface and could have hosted life. He is investigating how Mars lost most of its atmosphere and water, whether ancient Mars hosted life, and is there life below the surface of the planet. He is using NASA’s MAVEN mission and plans to use UAE’s Hope mission data to answer the former, and NASA’s Curiosity and Perseverance data to answer the latter questions. He is also interested in human space exploration and is investigating how radiation in outer space impacts astronauts in long-term space missions, especially for future crewed missions to Mars, and developing strategies on how to sustainably explore the Moon and Mars in the coming decades. Before working at NYU Abu Dhabi, he was a Research Scientist at the Blue Marble Space Institute in Seattle (USA) and a Visiting Scientist at the Tata Institute of Fundamental Research in Mumbai (India). He earned his PhD in Physics from the University of Kansas (USA). He is a lead author of numerous publications in international peer-reviewed scientific journals. He regularly serves on committees of NASA and NSF, and referees for major astrophysics, planetary science, and astrobiology journals.

Up until the ‘90s, the only planets we knew were those in the Solar System. With increased sophistication in observations, we now know of thousands of planets beyond the solar system, known as extrasolar planets or exoplanets. Many of these planets are similar to the Earth which begs the question – are any of these planets habitable, or have the potential to host life? The properties of planets are strongly governed by the activity of the host star and plays a major role in carving out habitable conditions on their planets. We explore the role of stellar activity, also known as space weather, in affecting the rate of atmospheric erosion, changes in chemistry and the radiation environment of the planet, and how they translate to the potential of a planet to host life. Based on our research, using a combination of space mission data and numerical models, we have identified certain star-planet systems which we anticipate are more suitable to host life than others. We also study this phenomena on Mars, a planet we know a lot about from a plethora of orbiters and rovers deployed by space agencies from around the globe. Mars, which is thought to have abundant liquid water in the past is our best bet at finding signs of life beyond Earth. We aim to bridge the gap between planetary and exoplanetary science and advance the science of search for life beyond Earth.