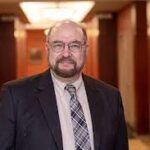 Is war good or bad for a country’s economy?

Clifford F. Thies, professor of economics and finance at Shenandoah University, considers if war is good for a country’s economy.

Clifford F. Thies is the author, co-author, contributor and editor of more than a hundred books, encyclopedia entries and articles in scholarly journals. He is a member of the editorial board of the Journal of Private Enterprise and is a former Bradley Resident Scholar at the Heritage Foundation. He is a past president of the faculty senates of Shenandoah University and the University of Baltimore. He also served in the U.S. Army and the Army Reserve.

War, What’s It Good For?

For many Americans, war is a boon for the economy. During war, there’s full employment. Factories bustle; and, farms are plowed fence to fence. Didn’t World War II get us out of the Great Depression?

Some of the belief that war is good for the economy is based on the definition of Gross Domestic Product or GDP. The production of weapons counts positively, but destroying buildings and killing people aren’t counted at all. Producing one M1 Abrams tank is valued at $9 million, while a mid-range Massey-Ferguson tractor retails for $35,000. But, what good is a tank if you want to plow the lower 40?

The effect of war on the economy can be seen in the re-classifications of countries by the World Bank. Countries downgraded to Low Income recently have been devastated by war. Countries upgraded from Low Income have adopted economic and political reforms while maintaining political stability and avoiding war.