Chris Curran, Northern Kentucky University – Watch out for the TRAP 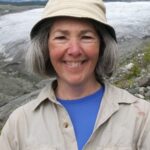 On Northern Kentucky University Week: Air pollution is still a killer all over the world.

Christine Curran, associate professor of biological sciences, examines how it affects more than just the lungs.

Watch out for the TRAP

The World Health Organization estimates that air pollution kills 7 million people each year and that 90% of the world’s population breathes unhealthy air.

Although most people understand that air pollution harms the lungs, that’s not the whole story. We are concerned, because air pollution can also harm the developing brain.

In our lab, we’re working to identify genetic differences that affect an individual’s susceptibility to traffic-related air pollution or TRAP. These chemicals can also be found in grilled food and cigarette smoke, so most of us are exposed to these pollutants every time we drive down the highway or enjoy a burger off the barbecue.

We use mice that have genetic differences similar to those found in humans. In this way, we can compare the effects of the same level of pollutant on mice with different genetic combinations. We can test their learning and memory, their coordination and balance, and their response to stressful conditions.

Then, we look inside the brain to see if there are have been significant changes in neurotransmitter levels. These chemicals are the primary tool the brain uses to communicate, and changes can affect everything from your mood to your ability to remember where you left your car keys.

Our early work definitely indicates that genetic differences affect susceptibility, and that information could help protect those at highest risk. By intervening early in life, there is hope we can mitigate the effects of traffic-related air pollution and improve the quality of life for those in highly polluted neighborhoods.

The post Chris Curran, Northern Kentucky University – Watch out for the TRAP appeared first on The Academic Minute.