Ann Duncan, Goucher College – Sacred Pregnancy in the Age of the “Nones” 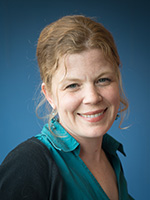 Do non-religious people have no spirituality?

Ann Duncan, associate professor of American studies at religion at Goucher College, determines that may not be the case.

Ann W. Duncan (Ph.D., University of Virginia) is Associate Professor of American Studies and Religion at Goucher College in Baltimore, MD. Her research and teaching focus on intersections of religion and public life including religion and politics, new religious movements, the religious “nones” and motherhood and American religion. She has authoried articles in various journals including the Journal of the American Academy of Religion and Nova Religio and is co-editor of Church-State Issues in America Today, 3 vols. (Praeger, 2007) and The Universe is Indifferent: Phiosophical and Theologcal Perspectives on Mad Men (Cascade, 2016). She is currently completeing a book manuscript titled Sacred Pregnancy: Women’s Reporductive Health and the Female Spiritual Economy.

Sacred Pregnancy in the Age of the “Nones”

A recent Gallup Poll showed that for the first time, the number of indivduals regularly attending religious services dropped below 50%. This reinforces other recent studies that have shown a rapid increase in the number of the so-called religious “nones” or individuals unaffiliated with institutional religion. Though hesitant to affiliate with traditional denominations for a number of reasons, these “nones” are not, for the most part, atheist in the sense of rejecting the existence of a God or gods. Instead, many believe in a divinity and most desire a spiritual life, ritual and community. My research has centered on the rituals, practices and communities that have emerged in the margins and spaces outside of institutional religion – specifically in relation to one of the most basic and timeless aspects of human existence: pregnancy and birth. Spiritual movements like the Sacred Living Movement infuse the rites of passage of pregnancy and birth with ritual and sacred meaning in their retreats and trainings. Women owned businesses I study intertwine holistic health and spiritual counseling and renewal through offerings from postnatal doula care to vaginal steaming. Blending the boundaries of spiritual and secular, religion and business, the women spiritual leaders and entreupreneaurs at the center of these new movements are attempting to meet needs unmet by conventional medicine and by religion. In doing so, they are creating new paradigms for both. The result is something much different than the secularization suggested by the Gallup poll. These communities suggest much spiritual and religious life exists beyond the bounds of institutional religious affiliation and regular attendance. We just need to know where to look and perhaps need some new language with which to talk about it.

The post Ann Duncan, Goucher College – Sacred Pregnancy in the Age of the “Nones” appeared first on The Academic Minute.