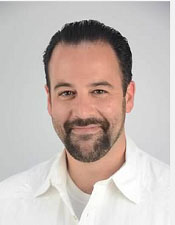 Ioakim Boutakidis, professor of child and adolescent studies at California State University, Fullerton, explores how it manifests in a school setting.

Ioakim Boutakidis is a professor of Child and Adolescent Studies at California State University Fullerton, where he has also served as Faculty Fellow of Student Success, Associate Dean of Student Success, and department chair. He is a current member of the National Taskforce on Boys in School, operating within the Society for the Psychological Study of Men and Masculinities (Division 51) of the APA.

Boys and Men’s Struggles in School Reveal a Systemic Inequity

As someone who has been examining academic outcomes for over a decade, the overwhelming evidence in my research and across countless other studies is that male students get significantly lower grades, are more likely to be suspended, expelled, and drop-out, and have lower college attendance and degree completion rates. Furthermore, those statistics are significantly worse for boys and men from minoritized populations.

Unfortunately, we are also seeing pushback on this emerging focus. The arguments generally fall along two lines. 1) The gap is not as consequential as it’s made out to be, and 2) Implications that the fault lies at the feet of men, themselves.

On the first point, the data don’t support the argument. These differences in educational outcomes have significant, and well-established, real-world implications. For example, rates of incarceration, physical and mental health, and employability in growing sectors of the economy that require college degrees, are strongly associated with academic outcomes. On the second point, higher ed has worked to make universities more student-ready, in contrast to the prior work to make students more college-ready. This shift in perspective has had tangible benefits such as improving retention and graduation rates for first generation and low-income students. And yet, when it comes to challenges that males in particular face, we often encounter explanations that place the onus on their attitudes and behaviors. These assertions are dangerously close to deficit model thinking that we rightly have left behind when it comes to other groups.

Not all differences are evidence of systemic inequities. Individual differences are real, some students do in fact work harder than others or have more aptitude for a given discipline. But when these differences are group-based, when they are substantial, long-standing and growing over time, and when they can be identified across multiple indicators and educational contexts, then we need to accept them as systemic inequities that should be addressed if our goals are, in fact, a more equitable educational system.