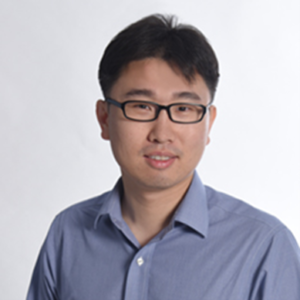 Making batteries for electric vehicles can come with a human cost in poorer countries.

Huolin Xin, professor of physics and astronomy at the University of California, Irvine, discusses one way to change this.

Huolin Xin graduated from the Physics Department of Cornell University in 2011 and joined University of California, Irvine in 2018. Prior to becoming a professor at UCI, he worked at Brookhaven National Laboratory as a scientific staff member and a principle investigator from 2013 to 2018. His primary field of expertise lies in developing novel 3-D, atomic-resolution, and in situ spectroscopic and imaging tools to probe the structural, chemical, and bonding changes of energy materials during chemical reactions or under external stimuli. His research spans the areas from tomographic and atomic-resolution chemical imaging of battery and fuel cell materials to in situ environmental study of heterogeneous catalysts, and to the development of deep learning enabled self-driving TEM. In 2008, 2010, 2011, and 2012, he received Distinguished Scholar Award, Castaing Award, and Presidential Scholar Award from professional EM societies. His work on battery materials has twice been selected as the Top-10 Scientific Achievements in 2014 and 2019 by Brookhaven National Lab. His research has resulted in more than 180 peer-reviewed publications and 1 patent, 33 of which are published in Science/Nature sister journals (corresponding author on 8 of the 33). To date, he has graduated four Master’s students and three Ph.D. students. Two of his group alumni have won the “Presidential Student Award” at the annual M&M conference based on their research in Xin group.

A Better Battery for Electric Cars

In America, more and more people are switching to electric vehicles. While it’s a great sign that society is moving toward cleaner methods of transportation, we’re seeing the negative consequences that come with producing these vehicles.

One of the worst parts of creating these vehicles is the sourcing of materials for the battery. Right now, electric cars rely on lithium-ion batteries made using cobalt. Due to recent investigations, we’re seeing cobalt sourced under abusive and inhumane conditions from poor countries.

As a researcher, I wanted to find a way to use other materials that could potentially reduce or eliminate the need for cobalt in these batteries. In collaboration with four national laboratories, my team and I devised a way to make lithium-ion battery cathodes with nickel instead of cobalt.

To successfully achieve this, we used a technique called “high-entropy doping” that allowed us to create a safe and efficient nickel cathode. Previously, research showed that nickel-based cathodes came with poor heat tolerance and could eventually explode.

This is why our team conducted over 1,000 charging cycles and exposed the battery to high temperatures. In the end, we created a battery that has the potential to change the electric vehicle market.

The post Huolin Xin, University of California Irvine – A Better Battery for Electric Cars appeared first on The Academic Minute.