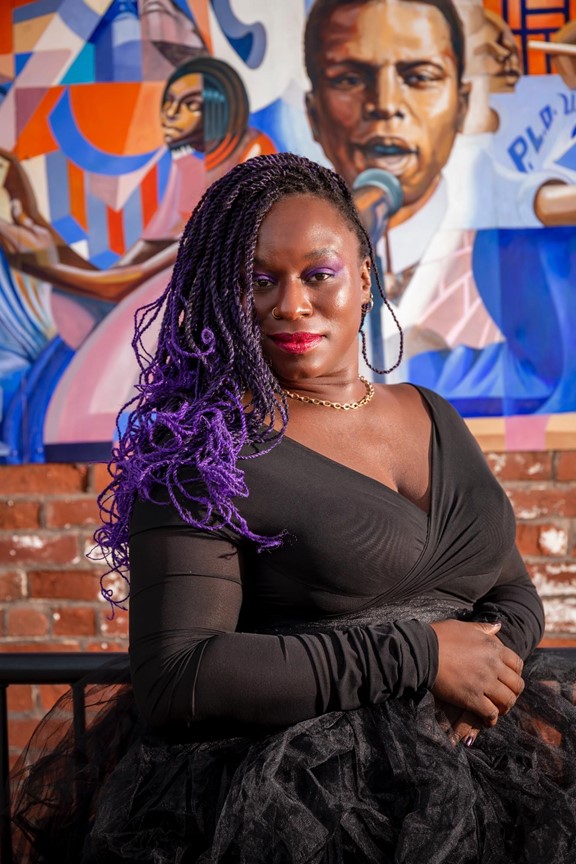 Who is your favorite poet’s favorite poet? On this Commissioner’s Choice Award segment to kick off 2023, Minnita Daniel-Cox, associate professor of music, looked into one such person during University of Dayton Week.

Dr. Minnita Daniel-Cox attended Bowling Green State University, where she received a Bachelor of Music in Music Performance, and the University of Michigan, where she earned both her Master of Music and her Doctorate of Musical Arts degrees.

She is currently Associate Professor of Voice and Coordinator of the Voice Area at the University of Dayton, where she teaches applied lessons and music courses, serves as Artistic Director of the yearly musical/opera productions, coordinates the Dayton Opera Apprentice Program, and coordinates the Vocal Performance Institute, a summer program for high school-aged singers.

“I Know Why the Caged Bird Sings.”

The popular phrase, and well-known title of Maya Angelou’s autobiography, are the words of Paul Laurence Dunbar and the final line of his 1899 poem, Sympathy.

This Dayton, Ohio native was the first Black poet to gain national prominence. He wrote 12 books of poetry in dialect as well as standard English. Dunbar also penned short stories, plays, libretti, song lyrics, essays, and novels during his 33 years.

Even today, there would be no “Hamilton” if we did not first have Dunbar. He gave us some of the first examples of contemporary musical theater in his collaborations with Will Marion Cook. He also collaborated with Afro-British composer Samuel Coleridge Taylor on the operetta “Dream Lovers”, specifically composed for Black singers. Not only a Metastasio, his tumultuous life has made him a Metastasian hero, and he is the subject matter of several operas including those by Adolphus Hailstork, Richard Thompson, Steven Allen, and Jeff Arwady.

The litany of composers who set his texts include Florence Price, William Grant Still, Robert Owens, Zenobia Powell Perry, William Bolcom and Carrie Jacobs Bond. The Dunbar Music Archive is a resource for information regarding musical settings of his texts, streaming audio, and a dialect glossary.

Dunbar’s legacy is important because he is a part of the first generations of free-born Black Americans. The Pan African values of his era influenced his world view and his contributions were seminal in establishing the Harlem Renaissance and were a part of the New Negro Movement. Dunbar used the tropes and stock characters of the plantation tradition to deliver critical social commentary and his work heavily influenced Langston Hughes and others.

150 years after his birth, Dunbar is so integral to US American culture, so ingrained in the fabric of our society, we don’t even always realize it’s him.