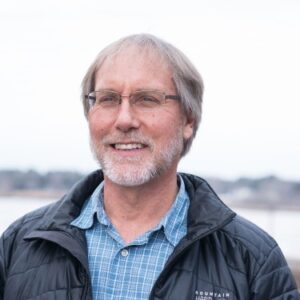 On University of New England Week: How do we stir up more biodiversity in nature?

Thomas Klak, professor in the school of marine and environmental programs, explores one possibility.

My research and teaching efforts focus on ecological restoration. The broad questions that drive my work are: How can we help heal the Earth? How can we live more harmoniously with all the other species with which we share the Earth? There is arguably no better species in the eastern US than the American chestnut to answer these questions. The return of a healthy American chestnut to its native range throughout the eastern US forest will be one of the great environmental reversal stories: from keystone species, to functional extinction, and now to a hopeful near-future with a fungal blight-tolerant American chestnut thriving among us again.

We hear lots of bad news about biodiversity decline, including in our eastern US forests. We regularly learn about and even witness devastation from introduced pests and pathogens, such as Dutch elm disease, the emerald ash borer, the brown-tailed moth, and many others. American Chestnut trees were once among the most abundant and important forest trees in the U.S., but are now functionally extinct due to a fungal blight that wiped them out. The blight was accidently introduced in the late 1800s and killed more than 3 billion trees. The chestnut, that provided food for animals and people, tannin for hides, and rot-resistant lumber for just about everything, was seemingly gone.

For the past seven years my research has focused on reintroducing a fungal-blight tolerant American chestnut to our eastern US landscapes.

My team works with collaborators at the American Chestnut Foundation and SUNY’s Environmental Science and Forestry College, who have inserted a wheat gene into the chestnut that provides fungal blight tolerance. We all work under federal permits, with hopes for federal deregulation soon.

We continue to rigorously test our blight-tolerant chestnut, and to genetically diversity its population. Whereas in nature it takes 4 or more years for a chestnut tree to mature, my lab has developed techniques to advance the chestnut an entire generation within the same calendar year. A chestnut flower we pollinate in July becomes the pollen source for the next generation the following July.

In this way, we annually produce increasingly diverse chestnut seedlings with blight tolerance. We pollinate wild-type chestnut trees that have temporarily survived the blight, share blight-tolerant chestnut pollen and seeds with our collaborators, and outplant them in field trials.

As we await the deregulation decision, each year we produce hundreds of genetically-diverse American chestnut trees that have fungal-blight tolerance.