Saif Mehkari, University of Richmond – Why Does Money Exist? 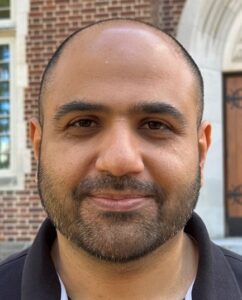 Why does money exist?

Saif M. Mehkari, associate professor of economics at the University of Richmond, examines the ease of life that comes of having some green in your pocket.

Saif Mehkari is a macroeconomist specializing in Fiscal Policy and Business Cycles. He earned his Ph.D. and M.A. in Economics from The Ohio State University and his B.A. (with majors in Economics, Computer Science, and Mathematics) from the Ohio Wesleyan University. His current research focuses on understand the effects of fiscal policy on economic aggregates such as consumption, employment, educational expenditure, etc.

Why Does Money Exist?

Imagine a world without money. With no money, you would be forced to produce everything you consume.

Making a simple chicken sandwich would require raising your own hens, growing your own vegetables, baking your own bread, and even collecting your own seawater to make salt.

Maybe you don’t have to produce everything, and instead of using money you could barter.

But bartering many goods is not easy. Let’s say you’re a carpenter who makes chairs and you want an apple. You would probably find it impossible to buy one because a chair would be so much more valuable than that single piece of fruit. And just imagine what a hassle it would be to haul several of the chairs you’ve made to the shopping mall in the hopes of cutting great deals through barter with the vendors you’d find there.

Money makes everything easy. You don’t have to produce all your own goods and you don’t have to carry your ware to trade. As a carpenter you could sell a chair for, say, $50. You could then take that $50 bill to a supermarket, buy two pounds of apples for $5 and keep the $45 in change to spend on other stuff later.

Another advantage money has over bartering is that you can use it more easily to store your wealth and spend it later. Stashing six $50 bills takes up less room than storing six unsold chairs.

Nowadays, of course, many people pay for things without cash or coins. Instead, they use credit cards or make online purchases. Others simply wave a smartwatch at a designated device. Others use bitcoins and other cryptocurrencies. But all of these are just different forms of money that don’t require paper.

No matter what form it takes, money ultimately helps make the trading of goods and services go more smoothly for everyone involved.

The post Saif Mehkari, University of Richmond – Why Does Money Exist? appeared first on The Academic Minute.