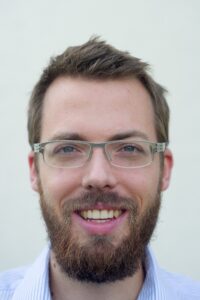 The oceans play a huge role in keeping our planet healthy.

Maurice Huguenin, doctoral candidate at the Climate Change Research Centre at the University of New South Wales, examines one example.

Maurice Huguenin is a doctoral candidate at the Climate Change Research Centre at the University of New South Wales. He holds a Master’s degree in Atmospheric and Climate Science and a Bachelor’s degree in Earth Sciences from the Swiss Federal Institute of Technology in Zurich (ETH Zurich). In between his Master’s and the start of his PhD, he worked at MeteoSwiss and investigated changes in the atmospheric circulation over Central Europe. In his doctoral research, he uses supercomputer models and observations to investigate the drivers of recent ocean warming from the local to the global and from the annual to the multidecadal scale.

Southern Ocean Takes on the Heat of Climate Change

Since the 1970s, the oceans have been working in overdrive to slow global warming, absorbing over 90% of the excess heat trapped in the atmosphere. But as we have found out, some oceans work harder than others.

We used a computational ocean circulation model to examine exactly how ocean warming has played out so far. And we found the Southern Ocean accounts for almost all the planet’s ocean heat uptake, thereby controlling the rate of climate change.

Its impacts are effectively irreversible on human time scales, because it takes millennia for heat trapped deep in the ocean to be released back into the atmosphere. This means changes happening now will be felt for generations. Those changes will only get worse, unless we stop carbon dioxide emissions and achieve net zero.

We first ran the ocean model with atmospheric conditions perpetually stuck in the 1960s, prior to any significant human-caused ocean warming. Then, we separately allowed each ocean basin to move forward in time and experience climate change, while all other basins were held back to experience the climate of the 1960s. This is how we could isolate that the Southern Ocean is the most important absorber of excess heat.

So why is it the Southern Ocean? It largely comes down to the geographic set-up. The Southern Ocean is surrounded by strong westerly winds, these winds facilitate the heat uptake, and they can exert this influence uninterrupted by land masses.

[The Conversation] – The Southern Ocean absorbs more heat than any other ocean on Earth, and the impacts will be felt for generations