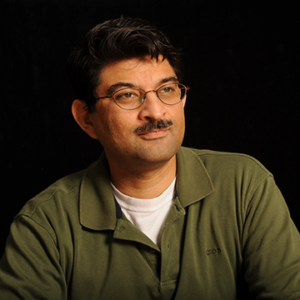 It’s Best Of Week on The Academic Minute. In our fifth most listened to segment of the year, Khurram Afridi, associate professor of electrical and computer engineering at Cornell University, examined how to charge electric cars more efficiently during Cornell University College of Engineering Week.

Khurram Afridi is an Associate Professor of Electrical and Computer Engineering in Cornell University’s College of Engineering. He received his BS from Caltech in 1989, and he did his Master’s and Ph.D. work at MIT. His research interests are in power electronics and energy systems incorporating power electronic controls. He has worked in industry and academia for more than 25 years.

Imagine you’re driving your electric car down the highway. Your battery is running low. Sure, you could pull off at the next exit and spend time, and energy, searching for a recharging station. Or you could simply change lanes and drive over special charging strips embedded in the road.

That’s the vision that our lab is working to make a reality. In the School of Electrical and Computer Engineering, we’re pioneering an innovative approach for the wireless charging of all kinds of electric vehicles while they remain in motion, from cars on highways to forklifts in warehouses, and other mobile machines.

This technology would not only provide convenience for drivers, it improves productivity, lowers costs and almost eliminates downtime for autonomous vehicles and robots in warehouses. It would also literally pave the way for more sustainable transit.

The origins of wireless electricity go back more than 100 years to the work of Nikola Tesla, the Serbian-American inventor who amazed audiences in the 1890s by using alternating electric fields to illuminate unplugged fluorescent lamps. Later scientists experimented with wireless power that would transfer energy via alternating magnetic fields, rather than electric fields, but they soon found the approach wasn’t practical, and interest in the technology fizzled.

Today, wireless power transfer has become not only feasible, but practical. It’s based on the same underlying physics used to send messages to spacecraft like Voyager, through radio waves. Except now we are sending much more energy across much shorter distances, to moving vehicles.

What really drives me at the fundamental level, is taking these two very different communities – high-frequency electronics and high-power electronics – who have never talked to one another, who don’t speak the same language, who essentially solve problems very differently, and merge them together to create an entirely new field and enable brand new applications.