Alex Moran, University of Oxford – In Praise of Mischief 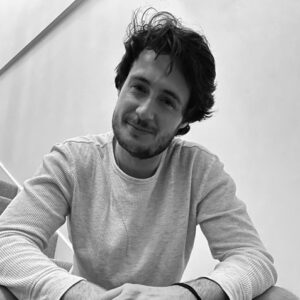 Alex Moran, Leverhulme Early Career Fellow in Philosophy at the University of Oxford, explains why.

Dr Alex Moran is a Leverhulme Early Career Fellow in Philosophy at the University of Oxford, who will shortly be taking up a post as an IRC post-doctoral researcher at Trinity College Dublin. His primary research interests are metaphysics, the philosophy of mind, and meta-ethics. When not writing philosophy, he also produces essays, poetry, and both longer and shorter fiction.

In Praise of Mischief

Tales of mischief are not only amusing, but they also elicit within us a certain kind of sympathy. But does this mean there is something virtuous, or even noble, about mischief and mischievous people?

In essence, mischief is a playful form of trouble-making. Unsurprisingly, then, one main virtue of mischievous people is their correspondingly light-hearted temperament.

Mischievous people tend also to have an excellent sense of humour, and this is a virtue that cannot be praised too highly. Consider, for instance, the Chinese monk Budhai, a quasi-historical figure in Buddhism. Knowing he would be cremated, when he was dying he stuffed his pockets with gunpowder and fireworks, so that his followers would burst into laughter as his corpse exploded on the funeral pyre. This is a great example of praiseworthy mischief, harming no one and serving only to make us laugh. It is also a good example of the light-heartedness of mischievous people extending beyond life and into death.

Mischief can also be put to various practical uses. Satire, for instance, is arguably just political mischief, as are many kinds of political protest. But the mischievous spirit can have a beneficial impact on the world even beyond the political sphere. Think for example of Socrates, father of philosophy in the Western world. Socrates took great delight in challenging and making fun of various Athenian authority figures, showing up generals, for example, for not knowing the true nature of war, or lawmakers for not knowing the true nature of justice. It seems clear that he was motivated by mischievousness, and the desire for some amusement.

The post Alex Moran, University of Oxford – In Praise of Mischief appeared first on The Academic Minute.