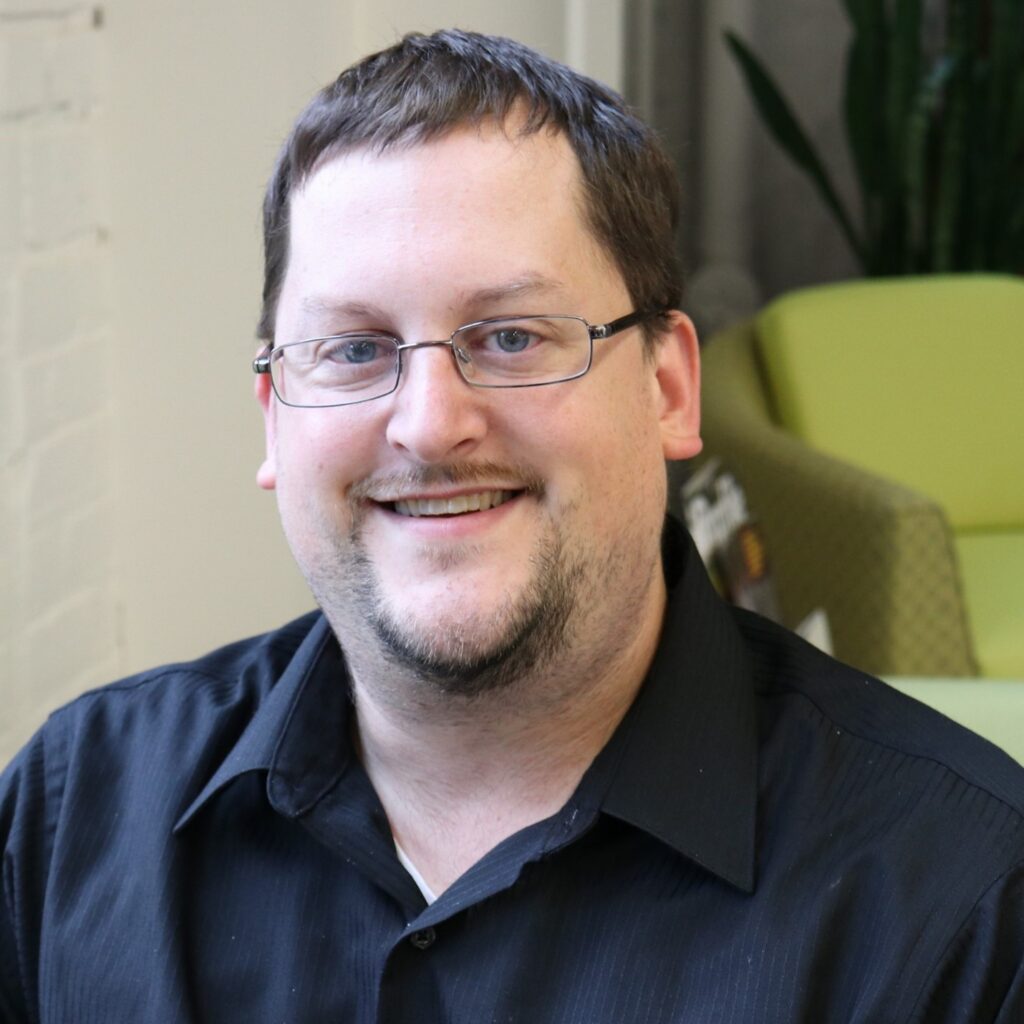 The country is polarized, but the majority of voters agree on at least one issue.

Timothy Lindberg, assistant professor of political science at the University of Minnesota, Morris, delves into this issue.

I am an Assistant Professor of Political Science at the University of Minnesota, Morris, where I teach courses on political behavior and judicial politics. I have published articles about the political history of U.S. territories and have an ongoing project on the political views of people who live in rural places. My research is driven by questions about how and why political beliefs and values change and are translated into policy shifts in U.S. politics.

In 1996, President Clinton signed the bipartisan Defense of Marriage Act, or DOMA, which enshrined marriage as between a man and a woman for federal purposes. Eight years later, Massachusetts became the first state to legalize same-sex marriage by a state court ruling. In reaction, many states successfully passed laws or constitutional amendments to ban it. Polling showed these actions were in line with public opinion.

By the time the Supreme Court ruled, in the 2015 case of Obergefell v. Hodges, that the U.S. Constitution prohibited gender discrimination in marriage, roughly 60% of Americans supported same-sex marriage. Support is highest among younger Americans, a pattern that has held up for decades. This indicates that generational change is part of the public shift on same-sex marriage.

All of this explains why nearly a quarter of Republican House members voted in favor of the Respect for Marriage Act in July 2022. That bill would officially overturn DOMA and enshrine same-sex marriage in federal law. Republican leadership in the House did not enforce partisan unity on the vote and it is unlikely any of those Republicans will face significant negative consequences in the 2022 mid-term elections. 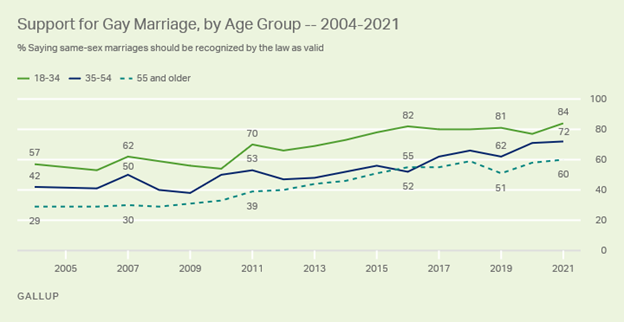 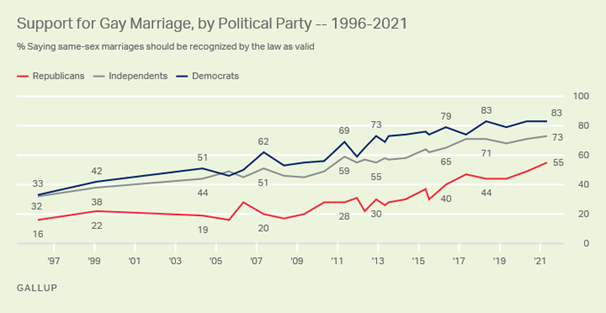