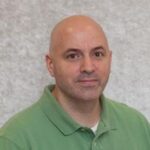 We’re still in a heated debate about gun control in the U.S.

PJ Verrecchia, professor of criminology and criminal justice at York College of Pennsylvania, applies logic to the problem.

PJ Verrecchia is a Professor of Criminology and Criminal Justice at York College of Pennsylvania. A former juvenile probation officer in Chester County, Pennsylvania, his research interests include terrorism, gun control, juvenile justice, gender issues in criminal justice, and pedagogy.

In examining the statements we used to create the Gun Control Index, we found that what might be called “common sense” gun control measures had more support than what might be referred to as “more radical” gun control measures. Over 60% of our sample supported requiring that all guns be registered, requiring firearm owners to receive safety training, and that gun owners be licensed. However, banning all firearms was opposed by more than 70% of our respondents.