Magnus Course, University of Edinburgh – The End of Purgatory 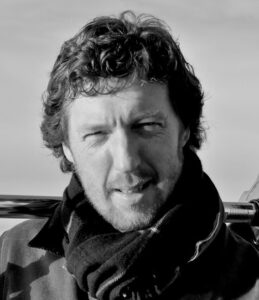 The meaning of Purgatory in the Catholic faith seems to be shifting over time.

Magnus Course, senior lecturer in social anthropology at the University of Edinburgh, explores the old and the new.

Magnus Course is senior lecturer in social anthropology at the University of Edinburgh in Scotland. His books include Becoming Mapuche: Person and Ritual in Indigenous Chile (2011) and the co-authored Fluent Selves: Autobiography, Person, and History in Lowland South America (2014). He is currently working on a book provisionally titled Leaving Purgatory: the Afterlives of an Afterlife.

The End of Purgatory

Purgatory – the Catholic doctrine of a place where the dead are cleansed of their sins by fire before entering Heaven – would seem to be on the wane. What was once a central element of religious practice throughout the Catholic world has, over the past century, largely faded from view. The multitude of masses and of prayers devoted to freeing souls from Purgatory, appear increasingly a thing of the past.

The reasons for this decline are multiple: broad social and cultural shifts, leading towards increasing secularism more generally. But one particular factor deserves mention: the removal of the material basis of purgatory. For what was once seen as a real place located on this earth has been largely recast by the church as an immaterial process of individual inner contemplation.

Why might this move away from a more material understanding of Purgatory towards one emphasizing individual purification reduce its salience?

A clue can perhaps be found in the places and among the people where Purgatory’s hold still lingers. From Europe to Africa, from Asia to the Americas, there are still those devoted to speeding up their loved ones’ progress through the flames. They do so through their prayers and petitions at shrines, churches, and cemeteries, and not least at those places around the world where the entrances to a material purgatory were once thought to be found. Yet once purgatory is reduced to a inward focus on the self, the mutual dependence of kin is lost; the living find themselves with nothing to offer the dead.

The material structures of Purgatory were the veins through which the collective love sustaining the entire doctrine could flow. Without this materiality, our ceaseless love for the dead will inevitably seek new forms.

The post Magnus Course, University of Edinburgh – The End of Purgatory appeared first on The Academic Minute.