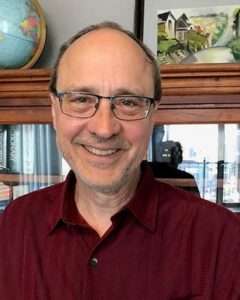 Why does poverty hit certain areas harder than others?

John Caskey, Joseph Wharton professor of economics at Swarthmore College, delves into one example for answers.

John Caskey is the Joseph Wharton professor economics at Swarthmore College. He has a B.A. from Harvard University and a Ph.D. from Stanford University. He teaches courses in financial economics and urban economics. His research focuses on financial institutions serving low-income U.S. households and community economic development.

Chester, Pennsylvania, is a 5-square mile city with 33,000 people located along the Delaware River just south of Philadelphia. One hundred years ago, the City boomed as major industries opened along its riverbank and railroad lines. But deindustrialization and desegregation reduced the City’s prosperity and population as jobs, banks, stores, and white families moved elsewhere.

Today’s Chester has much to admire, but it also suffers from a remarkably high poverty rate — 30 percent in 2020. By contrast, Delaware County, which includes Chester, has half-million residents with a poverty rate of 10 percent.

In a research project involving several students, I asked: Why is Chester’s poverty rate so high?

People often think local job opportunities play an important role. I found, however, that the location of low-cost rental housing is much more important. Most poor households rent their homes. In deciding where to live, even the fortunate ones with housing vouchers must restrict their search to communities with low-cost rental housing.

Chester has a high poverty rate because much of its housing is affordable rental housing, and this is not true in most of the rest of the County. Two factors explain this difference. First, Chester is an old city with many small homes built for working-class families in the first half of the twentieth century. Such dated structures often no longer meet middle-class housing standards, and they rent for much less than do houses and apartments in more recently developed areas of the County.

Second, site-specific government-subsidized rental housing is concentrated in Chester. There are about 4,000 such units in Delaware County. Half are in Chester, although Chester contains just six percent of the County population. Poverty has many causes. But, when asking why some communities in an urban region are poorer than others, one must consider the location of affordable rental housing.

Read More:
Why Is Chester So Poor?