David Richardson, University of California Irvine – The Effects of Lung Cancer and Radon in Uranium Miners 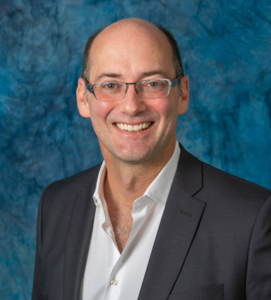 Even low level exposure to radon gas can have harmful impacts.

David Richardson, professor of environmental and occupational health at the University of California, Irvine, explores how to ensure better protection moving forward.

David B. Richardson, PhD, associate dean of research and professor of environmental and occupational health at the University of California, Irvine Program in Public Health, is an internationally recognized researcher and expert in occupational health. With this background, his work involves designing studies that allow researchers to explore potential occupational.

The Effects of Lung Cancer and Radon in Uranium Miners

Mining operations today tend to involve lower exposures to radon gas than in the past. However, despite a decrease in radon exposure in mining operations, there is still a strong correlation between prolonged exposure to low levels of radon and lung cancer.

Radon gas in the air decays into tiny radioactive particles, which can damage lung cells and lead to cancer.

A study led by the University of California, Irvine, set out to determine just how dangerous radon exposure still is.

Along with my team of occupational health researchers, we analyzed lung cancer mortality among nearly 58,000 male uranium miners in Canada, Czech Republic, France, Germany, and the United States, who were first employed in 1960 or later. The timeframe was selected to be comparable to current settings in terms of exposure intensity and mine locations.

Our results showed that the rate of lung cancer increased in a linear fashion and regardless of modern regulations, miners are still exposed to potentially hazardous occupational conditions.

Miners historically have had among the highest levels of workplace radon exposure, but there are other workplaces where radon presents significant hazards, including subways, tunnels, utility service ducts, underground parking garages, phosphate fertilizer plants, and oil refineries.

Exposure to radon is also a problem for the general population because it is ubiquitous in indoor environments, including residential settings, sometimes reaching concentrations as high as those encountered in mines. Concentrations are typically low but can vary widely, depending on geology, building construction, ventilation, and heating.

Our study underscores the need for enhanced protection measures and sets a strong foundation to build a new generation of models for developing estimates on the risk of lung cancer after low-level radon exposure, which is the primary contemporary concern.

The post David Richardson, University of California Irvine – The Effects of Lung Cancer and Radon in Uranium Miners appeared first on The Academic Minute.