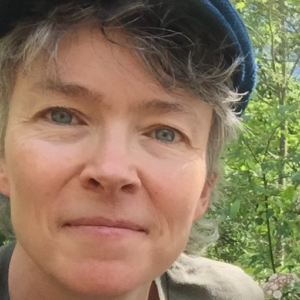 The word evil has been getting a lot of play in the media of late.

Elise Springer studies moral communication and the evolution of moral ideas. Special topics of interest include the dynamics of critical interaction, the use of metaphor in moral thought and language, and the emergence of moral concepts for addressing ecological and social justice problems.

The Paradox of Blaming Evil

The English word “evil” can be polarizing, and confusing. For perspective, let’s start with how its meaning evolved:

Old Engish used “evil” as the plain term for any harmful or unwelcome thing. It was only 700 years ago that the word “bad” emerged, and began displacing “evil” in popular use.

Yet the word “evil” had already found a home in writing — especially Bible translations. So the word lived on, with scriptural flavor.

This helps explain how we’ve inherited this contrast between what’s “bad” and what’s…. “beyond bad” — mystifying, epic, incomprehensible.

“Evil” now stands as the most intense way to express a moral “No!”. So after a mass-shooting or terrorist attack, many people reach for this word as the sharpest verbal tool available. “Evil” seems to call — “loud and clear” — for blame.

Yet the purpose of blame — at its best — is to address social problems. Blame functions constructively when it prompts dialogue, and gets people to take responsibility. And this outcome (taking responsibility) is effectively ruled out, when we blame evil.

“Evil” suggests a person or force with whom we cannot possibly reach an understanding; moral hope is futile.

Blaming evil turns out to be like dividing by zero: you can write the equation, but you can’t solve it.

Instead of this impossible moral accounting, the public can turn toward more concrete challenges. Patterns of distress and harm — what English-speakers called “evils” a thousand years ago — require each of us to take responsibility where we can, and to press others to do the same.