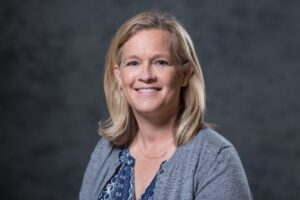 Susan Smith, lecturer of Cognitive Science in the School of Humanities, Arts and Social Sciences, explores them in the context of sports.

Susan Smith is a philosopher who works in bioethics, research ethics, and the philosophy of race. Her current research explores the ethical issues related to genetic testing and, specifically, informed consent. She is part of an interdisciplinary study of the ethics of genetic testing and student-athletes in the NCAA.

When Dale Lloyd II, a nineteen-year-old football player at Rice University died in 2006 from heat exhaustion linked to a genetic trait called sickle cell, the National Collegiate Athletic Association implemented a policy requiring all NCAA Division One athletes to be screened for the genetic condition in hopes of preventing similar deaths among other student-athletes who might not be aware they carry the gene. By 2015, screenings had expanded to include all college athletes, placing it among the largest mandatory genetic screening programs in the United States.

And while the debate continues over the need for such an extensive policy, my research shows that students often did not know they were being tested and therefore could not give informed consent.

Yet the test is not benign. It could have substantial negative outcomes including consequences for individual student-athletes when they seek employment or insurance.