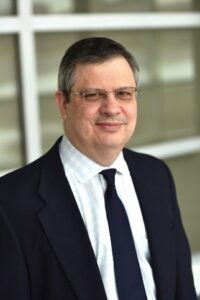 We all communicate differently, but how does this effect our work?

Joseph Comprix, professor of accounting at Syracuse University, discusses this.

Research documents differences in how men and women communicate. Specifically, women are generally more polite in conversations, more likely to hedge when asking questions, and use disclaimers more often. These results fit a widespread belief that women prefer to use collaborative speech while men prefer a more competitive style.

Societal expectations and norms can at least partly explain these differences in linguistic styles between men and women. Women often feel that they need to use disclaimers and tentative words to be seen as courteous. As a result, women tend to be more indirect and self-deprecating in their language. Our research investigates whether gender-based differences in linguistic styles show up among analysts in earnings conference calls. These calls are where executives of publicly traded companies present and discuss their financial results with analysts. We investigate whether questions by male analysts are more verbally aggressive than those of female analysts. In essence, verbal aggressiveness captures how difficult questions are to answer. It may be that male analysts are more verbally aggressive in earnings conference calls, consistent with psychology research in non-professional settings. However, women who self-select into careers as analysts may be more verbally aggressive than other women.