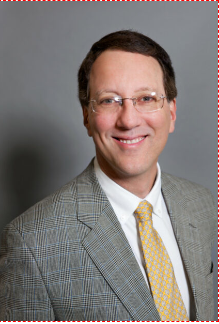 Ready to shoot off some fireworks today?

Jay Zagorsky, economist at Boston University’sQuestrom School of Business, says more and more Americans are choosing to do so.

I am a cross-disciplinary researcher who has spent over two decades of researching a wide variety of personal wealth topics. I try to explain why some people become rich, others are poor and some move between these two states. I am currently synthesizing this research into a book that presents the results of my academic research and other wealth researchers in an accessible format.

Much of my wealth research is based on data gathered from the National Longitudinal Surveys (NLS). These surveys have followed thousands of people from the time they were teenagers until the ends of their lives. I served at Ohio State University for 23 years as the survey’s Research Scientist. Beyond my wealth research, I worked as a big data scientist who investigated numerous issues in education for the Ohio Educational Research Center (OERC).

The days around the 4th of July are the peak times for lighting off fireworks. Here are five quick facts to think about between the explosions.

First, fireworks were invented in China over 2,000 years ago. Today, most fireworks still come from China. Last year 98% of all fireworks imported into the U.S. came from that country.

Second, fireworks are a big, but seasonal business. Even though they are primarily lit now and around New Year’s, fireworks are still annually a two-and-a-half billion dollar industry.

Third, pyrotechnics usage — it’s growing. In the year 2000 people in the U.S. shot off about half-a-pound per person. By 2021 that figure had risen to one and a quarter pounds per person. We still have a ways to go to catch Denmark. They shoot off almost two pounds per person.

Fourth, inflation in the U.S. is soaring. So is the price of fireworks. Last year in 2021, the average wholesale price for imported fireworks was $1.13 a pound. During the beginning of 2022, the price has jumped to $1.30 a pound. This 15% price increase is almost twice the U.S. inflation rate.

Fifth, the growth in fireworks usage has not resulted in more injuries. Fireworks sent about eleven thousand people to hospital in the year 2000. In 2021 injury figures were roughly the same. This doesn’t mean you should be less careful. Use common sense, especially if children are around.

So, whether you are lighting fireworks, watching them, or just hiding from the noise, I wish all of you a “Happy Independence Day.”