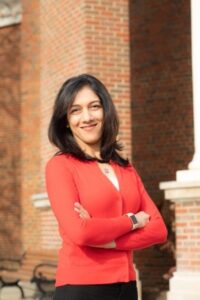 Are white parents talking to their kids about race?

Vaishali V. Raval, PhD is professor of psychology and affiliate of global and intercultural studies at Miami University in Oxford, Ohio. Her research centers on three interrelated areas: i) cultural and contextual foundations of parenting with a focus on emotion processes and how they relate to child and adolescent mental health among culturally diverse families around the world, ii) global mental health with a focus on contextual understanding of psychopathology and culturally informed mental health training and intervention approaches, and iii) experiences of marginalization and their impact on mental health and well-being. Her teaching, mentoring, and service also reflect a deep commitment to global awareness, diversity, and inclusion.

Existing psychological research shows that traditionally conversations about race and racism occur less frequently among White families compared to Families of Color. However, over the past two years, racism pandemic has gained visibility in our country through national and international protests for social justice. Within this socio-political context, my graduate student McKenna Freeman and I wanted to explore whether White parents are addressing these events with their children, conversing about race, and their rationale for choosing to talk or not talk about these topics. To address these questions, McKenna recruited and interviewed 30 White American parents of children between the ages 7 and 17 years living in the Midwest. Her data analysis indicated that the frequency and content of parents’ messages and conversations about race differed.

A majority of parents reported talking about current events (e.g., Black Lives Matter, immigration) or historical racial issues (e.g., slavery), and broad morals (e.g., treat everyone equal), while relatively few parents also reported speaking specifically about systemic racism and microaggressions. Some parents reported concerns in having such discussions, feeling that their child was too young or wanting to protect their child, or feeling like they did not have adequate knowledge or were uncomfortable in having such conversations. Others reported wanting to talk to their children about race to help them learn about diversity. Parents also struggled to define and teach the meaning of Whiteness or privilege. Overall, our findings can inform the development of educational resources for White parents, which we think is important because enabling White parents to have conversations about race with their children is essential to help prepare the next generation of White Americans to better serve as allies and advocates against oppression and racism.