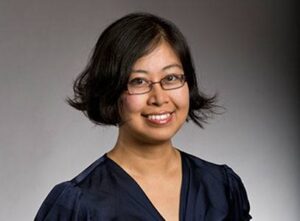 Social media’s drawbacks are well documented, but there are positives too.

Linda Charmaraman, senior research scientist at the Wellesley Center for Women at Wellesley College, examines one.

Linda Charmaraman, Ph.D., is a senior research scientist at the Wellesley Centers for Women at Wellesley College and director of the Youth, Media & Wellbeing Research Lab. Her research interests include technology and adolescent health, digital citizenship, innovative research methods to include overlooked and hidden populations, and how social identities such as gender, race and ethnicity, sexual orientation, and political affiliation affect wellbeing.

For LGBTQ Youth, Social Media Can Have Unexpected Benefits

We’ve all read about the risks of social media for adolescents: cyberbullying, depression, body image issues. But for LGBTQ youth in particular, social media can have unexpected benefits that help them thrive, both on- and offline.

Prior research demonstrates that internet communities serve as safe spaces for LGBTQ youth who face hostile environments at home. Anonymity and lack of geographic boundaries in digital spaces provide an ideal practice ground for coming out, engaging with queer culture, experimenting with intimacy, and socializing with other LGBTQ youth.

My colleagues and I recently conducted a study on the social media experiences of LGBTQ middle school youth, and we found that online networks can provide critical venues for self-expression. The youth we surveyed were more likely to join an online group in order to reduce social isolation or feelings of loneliness, suggesting that they were able to find needed support online, particularly on Tumblr and Discord, that was missing in person.

In addition, LGBTQ youth may use online resources to educate themselves about sexual orientation and gender identity terminology, learn about gender transition, and find LGBTQ spaces in their local community. The internet can also be a useful tool to identify LGBTQ-friendly physicians, therapists and other care providers.

Finally, online platforms can serve as springboards for civic engagement. GLSEN, the Gay, Lesbian & Straight Education Network, found that 77% of the LGBTQ youth they surveyed had taken part in an online community supporting a social cause, and 22% said they only felt comfortable getting involved online or via text.

While social media is not without its dangers, it can often serve as a tool for LGBTQ youth to build stronger connections to both online and offline worlds, and communicate about social issues important to them and their communities.