Christopher Bishop, Binghamton University – How Understanding the Serotonin System Can Help Those With Parkinson’s Disease 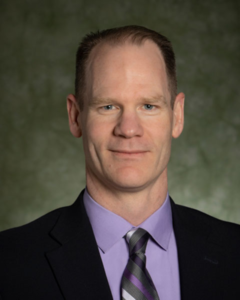 Christopher Bishop, professor of psychology at Binghamton University, looks to add more healthy years for those living with the disease.

Dr. Bishop is currently a Professor of Psychology and Director of the Integrative Neuroscience Program at Binghamton University, State University of New York. His research, funded by the National Institutes of Health, the Michael J. Fox Foundation, and the Department of Defense focuses on brain neuroplasticity and behavior, particularly in disorders like Parkinson’s Disease.

Around 2005 my research uncovered something surprising: the brain’s serotonin system, best known for its influence on mood and motivation, also plays a role in the regulation of movement.

That discovery led to a programmatic line of research that could improve treatment for Parkinson’s disease patients. To that point, the research field had been puzzled as to how serotonin neuroplasticity in this movement disorder becomes a central driver for motion.

We started by looking at how drugs acting at serotonin targets affected the parkinsonian phenotype and modified treatment, and found some compelling effects, but didn’t fully understand them. We’re now using modern technologies to dissect the neuro-circuits to uncover the mechanisms involved in this neuroplasticity.

You see, the serotonin system plays a minor role in movement in healthy individuals. Our research suggests it gains control in Parkinson’s disease. It may even convey the benefits of the primary medication for Parkinson’s disease, L-DOPA.

While L-DOPA is highly effective, nearly 90% of patients using the drug develop abnormal involuntary movements called dyskinesia within a decade. Our work points to brain serotonin neurons as a central cause of these dyskinesias as well.

My research team and I have collected data from human post-mortem tissue and preclinical models that provide exciting new insights into the factors driving serotonin neuroplasticity. Understanding these mechanisms could lead to new treatments, adding years of quality life for Parkinson’s disease patients.

The post Christopher Bishop, Binghamton University – How Understanding the Serotonin System Can Help Those With Parkinson’s Disease appeared first on The Academic Minute.