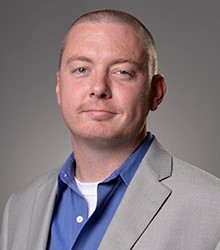 Dr. Wes Routon is an applied microeconomist with broad research interests, though much of his work falls within education economics, particularly the economics of higher education. Routon has been teaching economics and business statistics since 2009, and has taught at Georgia Gwinnett College since 2014. He enjoys teaching because it is fun and challenging, and he believes everyone can benefit from the economic way of thinking and statistical inference.

A “dual enrolled” student is one currently attending high school and additionally taking college courses at a nearby institution of higher education. For most students, these college courses are free of charge, with tuition and fees covered by publicly funded state programs. Many states have seen an upsurge in dual enrollment over the past decade. In Georgia, participation has almost doubled in the past 5 years alone, with public spending on these programs having more than doubled. Therefore, the state passed legislation that limits the number of dual enrollment credit hours a student may earn to 30, which translates to 8-10 courses in most cases.

Given the changes in program popularity, finance, and regulation, three colleagues and I examined the current state of dual enrollment in Georgia, with a focus on the economic benefit to students. A sample of about 2,000 dual enrolled students was collected for analysis. We found that, on average, these students save over $4,100 in tuition costs by participating in dual enrollment. If they would have otherwise financed those credit hours through a conventional, federal loan, that savings figure balloons to over $6,600. The average cost of a dual enrolled student to the state budget is just above $2,800, or at most 69% as big as the tuition savings.

The average student within the sample completed 18 college credit hours during their dual enrollment, a number greater than a traditional, full-time college semester. Students who later attended college full-time therefore graduated and entered the labor market approximately 4 months earlier than they would have in the absence of this program. On average, they earned almost $19,000 during that additional employment period, both significantly adding to the economic benefit they received from participation and reducing the cost to the state through increased income tax revenue.