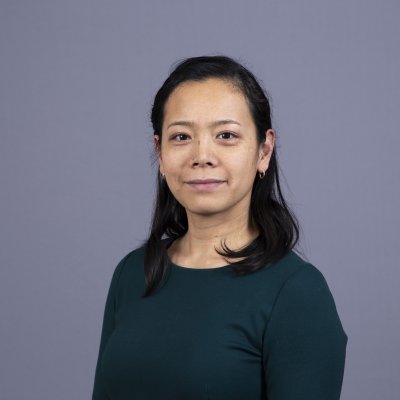 On University at Albany Week: Death by suicide for those with Borderline Personality Disorder is all too common.

Tomoko Udo, associate professor of health policy, management and behavior, describes how to lower this risk.

The overarching goal of Dr. Udo’s research program is to identify ways to improve health of individuals with various addictive behaviors, including drug abuse and behaviors partly overlap with drug addiction such as binge eating/obesity, as well as other mental health problems. She is also interested in understanding the impact of social stress on health, such as discrimination, incarceration, and childhood adversity. Dr. Udo uses a wide range of research approaches, from basic laboratory behavioral experiments, survey methods, quasi-experimental studies, mixed methods, to secondary data analysis of epidemiological data. She is currently involved in multiple funded projects aiming to evaluate innovative programs targeting substance users that are implemented by the New York State Department of Health, community health organizations, and law enforcement.

Borderline personality disorder, also called BPD, is a psychiatric disorder that impacts mood, self-image and behavior, and often results in uncertainty about how a person views themselves and the world. BPD is complex and has heterogeneous diagnostic constructs, requiring five out of nine criteria to be met. Elevated risk for suicide has been reported among individuals with BPD who have sought treatment at mental health care specialists. However, research has shown some important differences between treatment seeking and non-treatment seeking individuals, making it difficult to assess true risk of suicidal behaviors in individuals with BPD at a population level.

Using data from a survey conducted with over thirty-six thousand US-adults by the National Institute on Alcohol Abuse and Alcoholism in two thousand twelve to two thousand thirteen, I, along with Dr. Carlos Grilo at Yale University, conducted the first study to population-level estimate prevalence of suicide attempts among U.S. adults with diagnosable BPD.

We found that almost one-third of adults with BPD reported suicide attempt in their lifetime while about four percent of adults without BPD diagnosis reported ever attempting suicide.

We also found that besides self-injurious behavior, which could overlap with suicide attempts, endorsement of symptoms associated with chronic emptiness – a construct related with loneliness and hopelessness but distinctively reflects a sense of disconnection from both self and others – was significantly associated with elevated risk for suicide attempts among adults with diagnosable BPD while other criteria showed no association.

Research suggests that prior suicide attempt is one of the strongest predictors of completed suicide. Our findings suggest that individuals with BPD are one of the vulnerable populations, particularly if they report symptoms associated with chronic emptiness.