Hwamee Oh, Brown University – Why Some Brain Regions and Cognitive Functions Are More Vulnerable to Aging 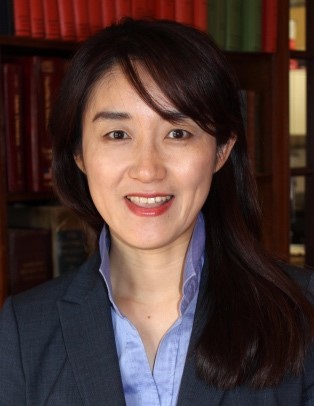 On Brown University Week: Detecting Alzheimer’s early on is key.

Hwamee Oh, assistant professor in the department of psychiatry and human behavior and cognitive, linguistics and psychological sciences, determines one way to do so.

Dr. Hwamee Oh is an Assistant Professor in the Departments of Psychiatry and Human Behavior and Cognitive, Linguistic, and Psychological Sciences at Brown University. Dr. Oh received her PhD in Biopsychology (with a concentration in Human Cognitive Neuroscience) at the State University of New York at Stony Brook. During her postdoctoral training in Dr. William Jagust’s laboratory in Helen Wills Neuroscience Institute at UC-Berkeley, she studied cognitive, structural, and functional alterations in preclinical older adults with β-amyloid deposition, a pathological hallmark of Alzheimer’s disease, using multimodal human neuroimaging methods and cognitive/experimental approaches. At Brown, Dr. Oh and her laboratory conduct research on cognitive and neural changes due to normal aging and Alzheimer’s disease pathology, as well as individual difference factors contributing to the brain aging and cognition relationship, using multimodality neuroimaging methods including PET and structural and functional MRI.

Older age is commonly associated with a decline in cognitive performance and adverse changes in brain structure and function. Cognitive abilities – such as memory and language – brain structure and function, however, are not equally affected. Memory and its underlying brain networks are more affected by aging. In addition to normal aging, these brain networks are more vulnerable to abnormal changes of proteins that include the aggregation of beta-amyloid (Aβ) peptides and tau-protein neurofibrillary tangles, the two primary pathologies of Alzheimer’s disease. Importantly, Alzheimer’s Disease is known to have a prolonged “preclinical” stage spanning 10 to 20 years, during which subtle changes in brain structure and function occur without overt cognitive symptoms.

Thus, it is highly likely that older adults who are considered as cognitively normal may have already undergone brain changes that are indicative of Alzheimer’s disease-related brain pathologies. In my lab, we use human neuroimaging tools and develop the neurocognitive models of visual scene memory that will link levels of analysis from molecular changes in the brain to their behavioral consequences. We also develop novel cognitive tasks that will allow us to identify early behavioral changes associated with Alzheimer’s disease pathologies among clinically intact older adults.

Through our research, we hope to test, at multiple levels, a biologically plausible model of the mechanism through which Alzheimer’s disease pathologies impair visual scene memory and brain networks supporting this cognitive function. Findings from this research could provide a framework for identifying cognitive and neural mechanisms of human visual scene memory and extending this knowledge to build early detection, prevention and intervention strategies for the earliest behavioral changes in clinically intact older adults.

The post Hwamee Oh, Brown University – Why Some Brain Regions and Cognitive Functions Are More Vulnerable to Aging appeared first on The Academic Minute.