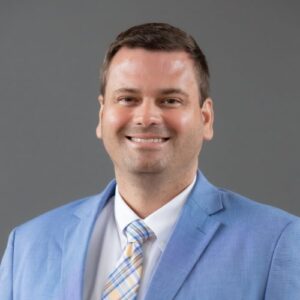 Have we discovered everything in the animal kingdom already?

Graham Reynolds, associate professor of biology at the University of North Carolina Asheville, explores Hispaniola to find out.

Dr. R. Graham Reynolds is an Associate Professor of Biology at the University of North Carolina Asheville. His research is focused on characterizing vertebrate biodiversity, particularly in the Caribbean, using evolutionary genetics, field research, and computational biology. He has published over 50 papers and three books, as well as dozens of technical notes.

Dr. Reynolds earned a Ph.D. in 2011 from the University of Tennessee, Knoxville studying population genetics of reptiles in the Turks and Caicos Islands. He earned a B.A. from Duke University in 2004, where he studied poison dart frog behavior in Panama. He was a postdoctoral researcher at the University of Massachusetts, Boston from 2011-2013, where he studied phylogenetics and conservation genetics of Caribbean reptiles. Dr. Reynolds was most recently a Postdoctoral Fellow at Harvard University from 2014-2016, where he held appointments in the Department of Organismic and Evolutionary Biology and the Department of Herpetology at the Museum of Comparative Zoology. He is also currently a Research Associate at Harvard’s Museum of Comparative Zoology and a National Geographic Explorer.

Uncovering Hidden Biodiversity in the Tropics

One of the most exciting aspects of being a biologist is the opportunity to discover and describe new species. While it might seem that this is an increasingly rare activity the pace of discovery has only increased in some areas. The boas of the Caribbean are one example. As recently as 2013, only nine species of boas were known. But, in the last 8 years we have uncovered a trove of hidden diversity, identifying a further 5 species, a 55% increase in diversity!

Our most recent discovery is an example of the most exciting flavor of biodiversity study- where a completely unknown species is found in the wild. Many new species are described from populations that are already known. But when a brand new unique animal is found in the forests of a tropical island, that is cause for excitement.

Last year our colleague Miguel Landestoy discovered a unique looking snake while searching a remote forest in southern Hispaniola. He invited us to help investigate the animal, and my lab at UNC Asheville conducted the genetic analyses. We found that the species was entirely new, and entirely unknown!

A few aspects of this discovery make it exceptional. First, Hispaniola is a well-studied island, biologists have been working all over the island for centuries and we were convinced we had a good idea about the species of large vertebrates that occur there. In fact, I had just put the finishing touches on a forthcoming book about the West Indian Boas, when all of a sudden, this discovery happened and we had to make revisions. In other words, we had literally written the book on the whole group, only to discover that there was more to write! That a relatively large vertebrate predator has gone completely undetected by scientists until 2020 shows we still have so much to learn about biodiversity and how important it is that we value wild places and generate action in preserving natural habitats around the globe.