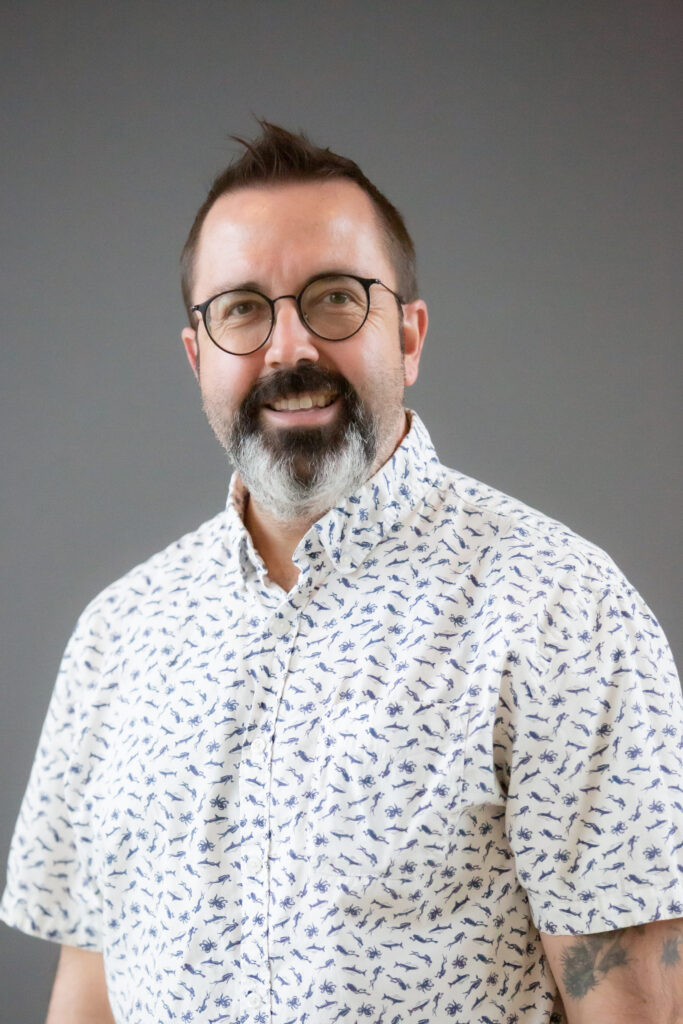 On University of North Carolina Asheville Week: Programs for helping low-income residents get a home of their own is a crucial course of action.

Patrick Bahls, professor of mathematics, looks at a failed program to see what we can learn for the future.

Patrick Bahls was born and raised in Helena, Montana. He stayed in the West for college, attending the University of Denver as an undergraduate before moving to the South to pursue his doctoral degree at Vanderbilt University in Nashville, Tennessee. After a completing a postdoctoral position at the University of Illinois, Patrick joined the faculty in the Math Department at UNC Asheville and later took over as Director of the university’s Honors Program. Patrick’s academic interests vary widely, including not only pure mathematics but also composition and rhetoric and urban studies. Among his favorite classes to teach are Calculus II and the university’s senior capstone course, LA 478: Cultivating Global Citizenship.

Throughout the second half of the twentieth century, hundreds of US cities undertook urban renewal programs meant to remove “blighted” neighborhoods while freeing lands to be redeveloped for civic, commercial, and residential reuse. In the late 1970s, the Housing Authority of the City of Asheville was struggling to redevelop much of the land it had claimed through urban renewal in the historic Southside neighborhood. Hoping to enable one-time residents to return to their old community, the Housing Authority implemented the Housing Incentive Program, or the “Dollar-a-Lot” program, through which prospective homeowners who committed to buying a home on a vacant lot were eligible to receive the lot for the price of one dollar.

The little we know about the program comes from archival records and local newspaper articles. The UNC Asheville Special Collections Library contains one of the country’s largest known collections of urban renewal documents and maps, including the Housing Authority’s two-page list of fifty-eight participating homeowners in the Dollar-a-Lot program. These documents offer the only comprehensive accounting of the program’s beneficiaries. We can place the program in location and time by cross-referencing these names with city directories, but a lot about the participants’ identities is left out.

Public statements by Housing Authority staff tell us that program participation was sluggish, pushing the Housing Authority to open the program up to developers in an attempt to stimulate then-stagnant construction while bolstering the city’s tax base. Ultimately, the Housing Authority admitted that low-income residents struggled to take advantage of the program since they were required to build on the property within one year, and many prospective families had incomes too low to qualify for building loans from banks and lending authorities.

It’s still unclear whether the program offered much aid to Asheville residents displaced by urban renewal, but through archival research and the collection of first-hand accounts, we hope to paint a more complete picture of the Dollar-a-Lot program’s impact on everyday community members. 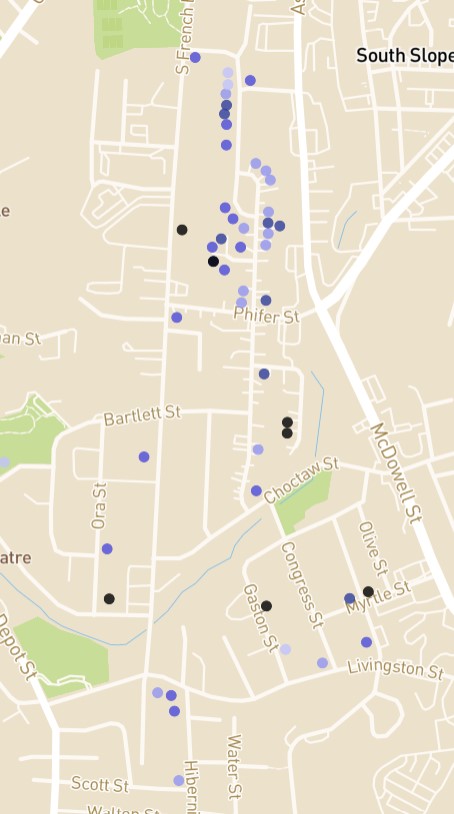 A map showing the locations of all verifiable Dollar-a-Lot participants’ homes. The darker the color of the dot corresponding to a particular property, the earlier the participation date.