Julie Boland, University of Michigan – Your Brainwaves on Zoom 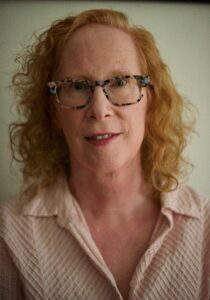 Are you tired of being on Zoom calls?

Julie Boland, professor of psychology, linguistics, and cognitive science at the University of Michigan, explains why.

Julie E Boland, PhD is a Professor in Psychology, Linguistics, and Cognitive Science at the University of Michigan. Her research seeks to understand the mental processes that support language comprehension and conversation.

Your Brainwaves on Zoom

During the COVID pandemic, I have used video-conferencing software like Zoom for both business and pleasure. But these Zoom calls often left me feeling drained, even calls that I had scheduled for fun.

As a researcher who has studied conversation, and in particular the timing of turn transitions between speakers, I knew that the average pause between speakers in two-party English conversations is only a-fifth of a second, which is lightning fast. To begin speaking so quickly, some of the workload must be handled by automatic mechanisms.

One likely mechanism is the synchronization of our brain waves to the syllable rate of our conversational partner. When groups of neurons fire in rhythm they can function as an oscillatory timer. In conversation, this oscillator would relieve some of the mental effort in planning when to begin speaking. Of course, speech rhythms are variable, but automatic neural oscillators can tolerate a certain amount of variability and remain in synch. However, when you add the variable electronic transmission lags inherent in a video-conferencing call, there might be too much variability for our brainwaves to remain in synch with the speech.

We ran two experiments to test this hunch. In both, average turn transitions were about three times longer over Zoom than in person. These results suggest that the automatic oscillator was disrupted in the Zoom calls, as predicted, requiring more mental effort to decide when to begin speaking.

The post Julie Boland, University of Michigan – Your Brainwaves on Zoom appeared first on The Academic Minute.