Shaung-Ye Wu, University of Dayton – What to Expect With Rainfall as Climate Warms 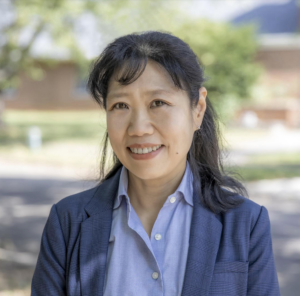 Global warming is causing many changes to weather patterns.

Shaung-Ye Wu, professor in the department of geology and environmental geosciences at the University of Dayton, examines some of the changes in precipitation.

Dr. Shuang-Ye Wu is a climatologist working in the Department of Geology and Environmental Geosciences at University of Dayton. Her research focuses on how climate change alters the hydrologic cycle and the consequent precipitation patterns and the impacts of vegetation covers. In particular, she is interested in changes in extreme events such as extreme storms, floods and droughts. She also collaborates with other colleagues on reconstructing past climate records from ice cores. Dr. Wu has published over 50 papers in peer-reviewed scientific journals (until 2021), and obtained grants from NSF, EPA and other funding agencies. Dr. Wu obtained her Master and PhD degrees from University of Cambridge in UK, majoring in environmental geography. She is currently teaching courses in the Earth system science, climate change, and geographic information systems at UD.

What to Expect With Rainfall as Climate Warms

As a result, we are likely to see a decrease in light precipitation. On the other hand, when storm systems develop, the increased moisture in the atmosphere leads to heavier rainfall events. In addition, storm systems are fueled by latent heat, i.e. the energy released when water vapor condenses to liquid water. Increased moisture also enhances latent heat in storm systems and thereby increases their intensity. As a result, many expect that with global warming heavy precipitation is likely to increase more at the expense of light and moderate precipitation.

Third, global warming tends to make wet places wetter and dry places drier. Precipitation is not distributed evenly over our planet, because the global atmosphere circulation brings the moisture to places where winds come together from other places where winds diverge. Assuming no significant changes in global wind pattern, increases in evaporation and moisture mean more moisture is transported from divergence regions to convergence zones and into the storm tracks. This could cause wet areas to become wetter and dry areas drier. Global warming could also potentially change the global circulation pattern, causing a shift in the world’s wet and dry regions. These dynamics also play out over the continental US, causing even drier conditions in the arid west and more intense storms in the humid east.

The post Shaung-Ye Wu, University of Dayton – What to Expect With Rainfall as Climate Warms appeared first on The Academic Minute.